NEWTON, Iowa – Tony Kanaan once again paced practice for Sunday’s Iowa Corn 300 (5 p.m. ET, NBCSN) in the No. 10 NTT Data Chip Ganassi Racing Chevrolet, albeit at a reduced pace in race trim and in hotter temperatures.

So speed-wise, that means the drop has gone from 186.902 mph average speed in the morning to 179.103 mph in the afternoon. Essentially one tenth equals one mph.

The front row starters, second starting Josef Newgarden and polesitter Simon Pagenaud, were second and third in this session ahead of Helio Castroneves and James Hinchcliffe. Mikhail Aleshin, the highest starting Honda on the grid in ninth, was sixth in practice.

Max Chilton, who starts fourth, struggled in race trim and was 18th, a spot ahead of Scott Dixon.

Other than a debris caution there were no incidents in the 30-minute session. 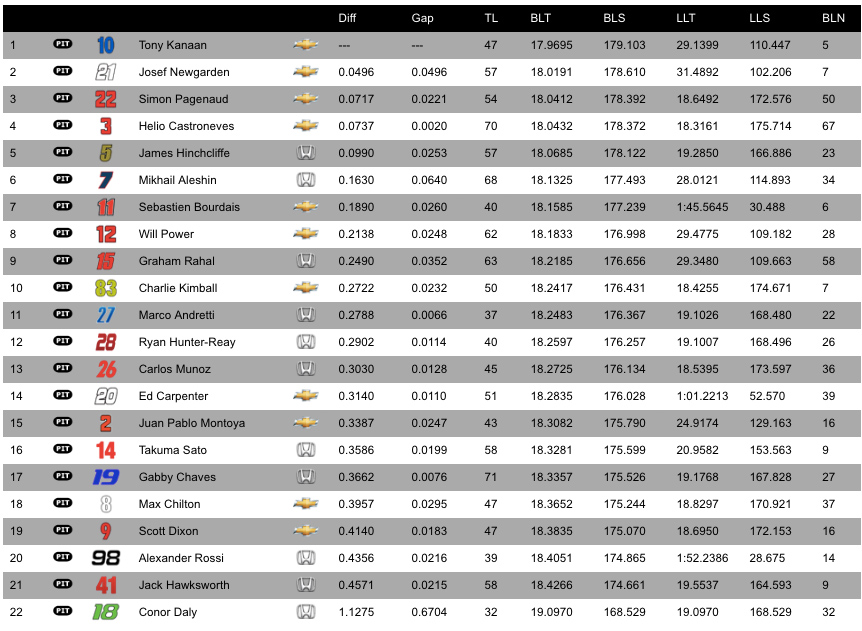