Pirelli has confirmed its tire selections for the 2016 United States Grand Prix at the Circuit of The Americas in Austin, Texas.

After the shake up of Formula 1’s tire regulations for 2016, Pirelli is now required to announce several months in advance of each race which compounds will be available to teams.

Teams are required to submit their selections to Pirelli ahead of each race, choosing how many sets of the three available tires to take.

On Monday, Pirelli confirmed its selections for COTA as being the medium, soft and super-soft compounds.

Teams will be required to save one set of the medium and one set of the soft compound tires for the race, and must use at least one of them in the race. 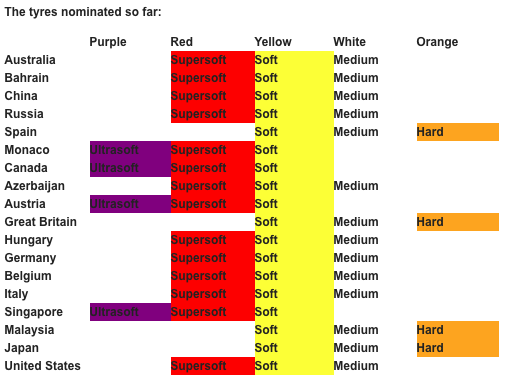