Pirelli has confirmed the tire selections that teams have made for Formula 1’s return to Germany at Hockenheim in two weeks’ time.

The German Grand Prix was shelved in 2015 after officials at the Nurburgring failed to strike an agreement with F1 CEO Bernie Ecclestone, lapsing on the deal to alternate hosting the race with Hockenheim.

Pirelli confirmed earlier this year that teams would be able to use medium, soft and super-soft tires at Hockenheim, with their selections being published on Tuesday.

Championship contenders Lewis Hamilton and Nico Rosberg have mirrored one another’s tire selections, plumping for eight sets of super-softs, four sets of softs and one set of mediums.

Only Force India is taking multiple sets of mediums to the race (three), the team going for the most conservative plan with four sets of softs and six of the super-soft tire. Ferrari, McLaren and Sauber have gone down a more aggressive route, opting for nine sets of super-softs.

You can see the full set of selections below. 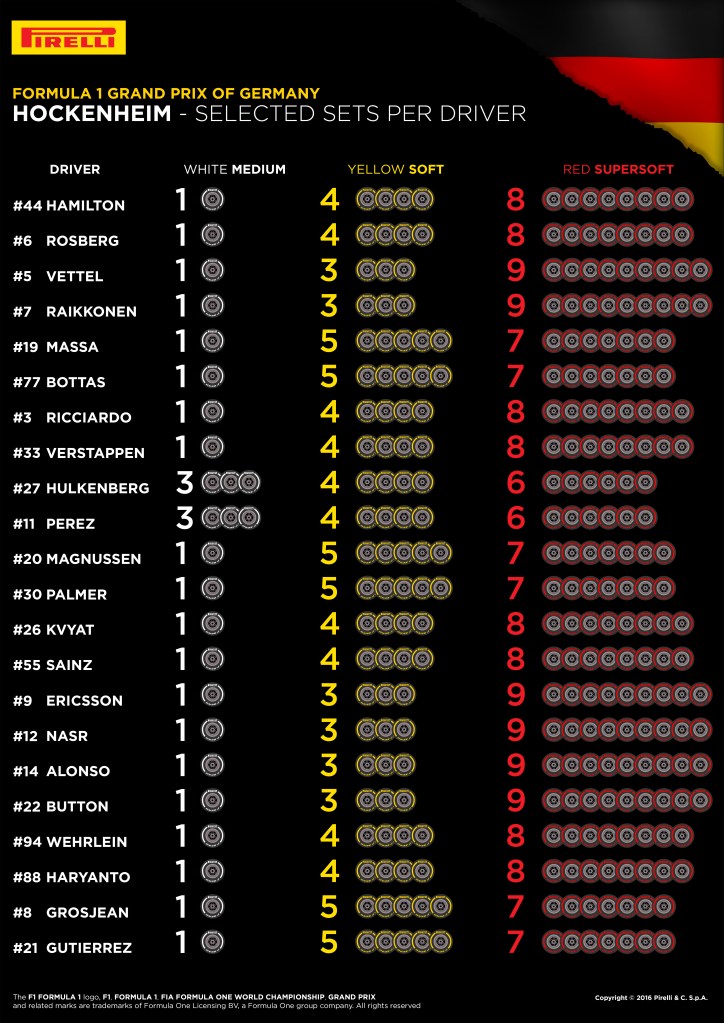