It’s been a rough season for the most part for Andretti Autosport.

Sure, Verizon IndyCar Series rookie Alexander Rossi won the 100th running of the Indianapolis 500 in May, but highlights other than that have been few and far between.

Still, with five races left in the season – beginning with Sunday’s Honda Indy 200 at Mid-Ohio – there’s still time for all four drivers in the Andretti stable to improve where they are currently.

Let’s break down each driver and his season to date heading into Mid-Ohio:

ALEXANDER ROSSI (No. 98 Castrol Edge/Curb Honda), 7th place: Rossi made IndyCar history when he won the Indy 500. But the other 10 races he’s competed in have produced a mixed bag of results. 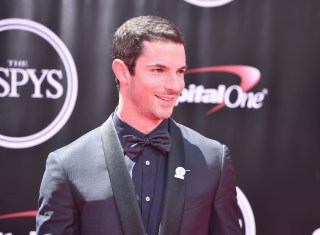 His highest finish outside of Indy was sixth at Iowa. Next was a pair of 10th-place finishes in the Angie’s List Grand Prix of Indianapolis and Belle Isle Race 1.

Sandwiched around his sixth-place finish at Iowa, Rossi is coming off runs of 12th (Belle Isle Race 2), 15th (Road America) and 16th in the most recent race, at Toronto nearly two weeks ago.

While Rossi has struggled in qualifying (16.2 average start), his average finish is just outside the top 10 (11.9).

The California native has raced several times at Mid-Ohio in other series and hopes that past experience will lift him to a good finish Sunday.

“Looking forward to going back to Mid-Ohio,” Rossi said in a team media release. “It’s the second track on the schedule I have a history at, so the familiarity should make the adaptation a lot easier on Friday.

“I know the team has been working really hard the past couple weeks to improve the car and hopefully it can lead to a positive road course result.”

CARLOS MUNOZ (No. 26 Andretti Autosport Honda), 10th place: In his third full-time IndyCar season, Munoz for the most part has primarily been a 10th to 15th place finisher (six of 11 races). His best finish was a stout runner-up showing at Indianapolis for the second time in his career (also did so in 2013). 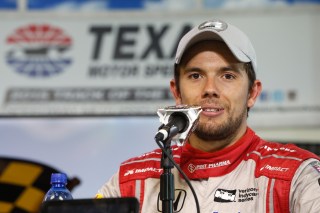 His average start is 12.5, including winning his first career IndyCar pole for the weather-suspended race at Texas that will be completed next month.

In addition to his Indy runner-up and sixth at Belle Isle Race 1, the Colombian driver has two other top 10 finishes: eighth in the season opener at St. Petersburg and 10th at Road America. Overall, he has an average finish of 11.8.

After a disappointing 17th place finish at Toronto nearly two weeks ago, Munoz looks to get back on track at Mid-Ohio.

“Mid-Ohio is one of the tracks I like the most in America,” he said. “It is a very challenging track and I’m looking forward to seeing how the weekend goes for us.

“We’ve had a really disappointing last few races and we really need a good result at Mid-Ohio. Hopefully we can change our luck around.”

RYAN HUNTER-REAY (No. 28 DHL Honda), 12th place: After back-to-back season finishes of sixth and sixth in 2014 and 2015, Hunter-Reay had high aspirations coming into 2016. But somewhere between the season opener in St. Petersburg (he finished third) and the most recent race nearly two weeks ago at Toronto (finished 12th), things went sideways. 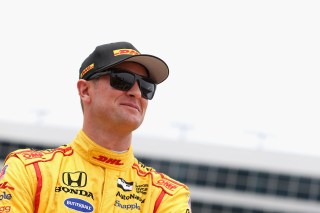 Even his best consecutive race run of the season – seventh and third at Belle Isle Races 1 and 2 and fourth at Road America – barely moved the needle for him in the standings (went from 13th to 11th – and now he’s back to 12th heading to Mid-Ohio).

Mid-Ohio has been an excellent track over the years for RHR. Including one start in the defunct Champ Car World Series, Hunter-Reay has zero wins, one pole, two podiums, four top-fives and five other top-10s at the 2.258-mile road course.

Is it any wonder he’s looking forward to this weekend?

“It’s always a special weekend on the Verizon IndyCar Series calendar,” Hunter-Reay said. “Mid-Ohio has been a big part of my career from my teenage years in Skip Barber to my first-ever Indy car podium finish.

“This place is certainly one of my top three favorite racetracks and is one of the best as an overall event as well. We’ll be looking to improve on our fourth-place finish at Road America a few weeks ago and getting the DHL Honda back on the podium.”

MARCO ANDRETTI (No. 27 Snapple Honda), 17th place: There’s no other way to say it – mired in 17th place in the standings, Marco Andretti is having the worst season of his IndyCar career. 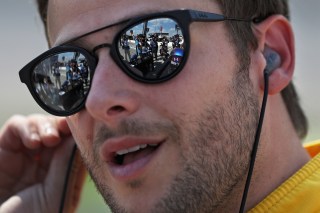 In 11 races, the grandson of Mario Andretti and son of Michael Andretti has had little to be happy about: zero wins, zero podiums, zero top fives and just two top 10s (ninth at Belle Isle Race 2 and 10th in the most recent IndyCar race nearly two weeks ago at Toronto).

In a sense, Andretti’s performance is a conundrum of sorts. While he’s completed all but five laps this season, he has yet to lead even one lap.

Still, Andretti hopes he can break out of his funk and have a decent run Sunday at Mid-Ohio:

“Mid-Ohio this year is going to be a physical race with the current aero kits, but I’m looking forward to the competition,” Andretti said. “It’s always a fun event weekend with a lot of fan support and a great turnout for Honda in their backyard.”

With six top-10 finishes in nine career starts at Mid-Ohio, Andretti has little place to go but up.