As the annual Western Swing concludes this weekend in suburban Seattle, a number of NHRA teams are feeling confident, while others are likely losing a lot of sleep at night.

Including Seattle, three races remain for drivers to qualify for the NHRA’s Countdown to the Championship – Seattle, Brainerd (Minnesota) and the biggest race of the year, the legendary U.S. Nationals in Indianapolis on Labor Day Weekend (only two for Pro Stock Motorcycle — Brainerd and Indianapolis).

The Countdown is a six-race playoff that will determine the eventual 2016 champions in Top Fuel, Funny Car, Pro Stock and Pro Stock Motorcycle.

A total of 10 drivers/riders in each class will qualify for the Countdown in each respective class.

And while there indeed are still three races to make the Countdown, this weekend’s ProtectTheHarvest.com Northwest Nationals could very likely be a must-win for a number of drivers if they hope to keep their playoff hopes alive.

Let’s break down each of those four classes and determine who needs to do what: 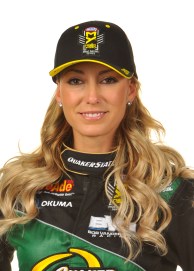 Likely to make it but not a certainty are J.R. Todd, Shawn Langdon and Richie Crampton.

The biggest question marks are Clay Millican (currently ninth in the standings), Leah Pritchett (10th) and Terry McMillen (11th), who are all on the bubble to make the playoffs.

And while he’ll likely not make the Countdown – although we’d love to see it – we still have to give big props to veteran driver Chris Karamesines, who at the age of 84, is currently ranked 15th, his highest ranking in Top Fuel since finishing 15th in 2002.

Yes, you read that right. The man known as “The Golden Greek” is indeed 84 years old, and has been racing for approximately 65 years.

FUNNY CAR: In the 50th year of Funny Car competition in the NHRA, drivers aren’t laughing – they’re dead serious to make the Countdown.

John Force, the winningest driver in NHRA history (16 championships, 145 race wins), will likely clinch a berth in the Countdown this weekend at Seattle.

Force is also going for only the second Western Swing sweep in NHRA history – after winning at Denver and Sonoma, he just needs to win at Seattle to duplicate what he did back in 1994, the only driver in Funny Car to do so.

Matt Hagan and Robert Hight, who are both tied for sixth heading to Seattle, will likely make the Countdown, as well.

But after that, the water gets murky. Tommy Johnson Jr. (ranked eighth) and Tim Wilkerson (ranked ninth) are still in contention. Alexis DeJoria (ranked 10th), who suffered a fractured pelvis at Sonoma this past Sunday, not only is questionable to race at Seattle, but also to make the Countdown.

If she misses this weekend and potentially another race or two, DeJoria’s playoff chances are just about done.

The biggest name who needs to make up the largest amount of ground in the three remaining races to qualify for the Countdown is two-time Funny Car champ Cruz Pedregon.

Pedregon has struggled terribly this season. In the first 15 races, he’s failed to get past the first round of eliminations 12 times. He comes to Seattle ranked 12th in the standings, 198 points out of the 10th and final qualifying spot.

The only other Funny Car driver who has a potential chance to make the Countdown, particularly if DeJoria misses one or more races, is 11th ranked Chad Head, who is 150 points behind DeJoria heading to Seattle.

PRO STOCK: Teammates Greg Anderson, Jason Line and Bo Butner are all locked into the Countdown, as is Allen Johnson.

But from there, it gets rather dicey: A total of 184 points separate fifth-ranked Vincent Nobile and 10th-ranked Alex Laughlin (in-between are Drew Killman, Shane Gray, Chris McGaha and five-time Pro Stock champ Jeg Coughlin Jr.).

Two-time defending Pro Stock champ Erica Enders is just nine points out of 10th place. Enders has struggled all season to find consistency, horsepower and speed. She’s been a first-round loser in 10 of the first 15 races, and has yet to get past the quarterfinals in any race.

Unless Coughlin or Laughlin falter, Enders’ team needs to find some additional speed and to go at least two to three rounds in each of the three remaining pre-Countdown races. Otherwise, it’s not looking promising for Enders to make the playoffs — and with it would go her hopes of three consecutive Pro Stock championships.

With the two-wheelers not competing this weekend (their next race is Aug. 18-21 at Brainerd, Minn.), that leaves just two races left for six other riders to make the Countdown.

But from there, it’s a tossup which of the eight drivers remaining in contention will make the Countdown.