The Singapore Grand Prix on Sept. 18 couldn’t be more diametrically opposed to the most recent race at Monza, the Italian Grand Prix, on Sunday.

The flowing road course that lives on legacy and only runs for just over an hour and 15 minutes for its 53 laps usually only sees one stop.

Meanwhile one of the newer classics, Singapore, heads into its ninth season this year under the lights with pit stops aplenty forecast during the race that usually stretches near the two-hour limit mark over its 61 laps on the tight, winding street course.

Pirelli’s ultrasoft compound, the tire manufacturer’s softest and newest compound, makes a return for Singapore and it’s the most popular choice on the grid.

All teams have gone for at least six sets of the 13 allotted. Manor and Force India each go for six sets for their pairs of drivers, while all other teams have seven up to nine sets for ultrasofts selected. 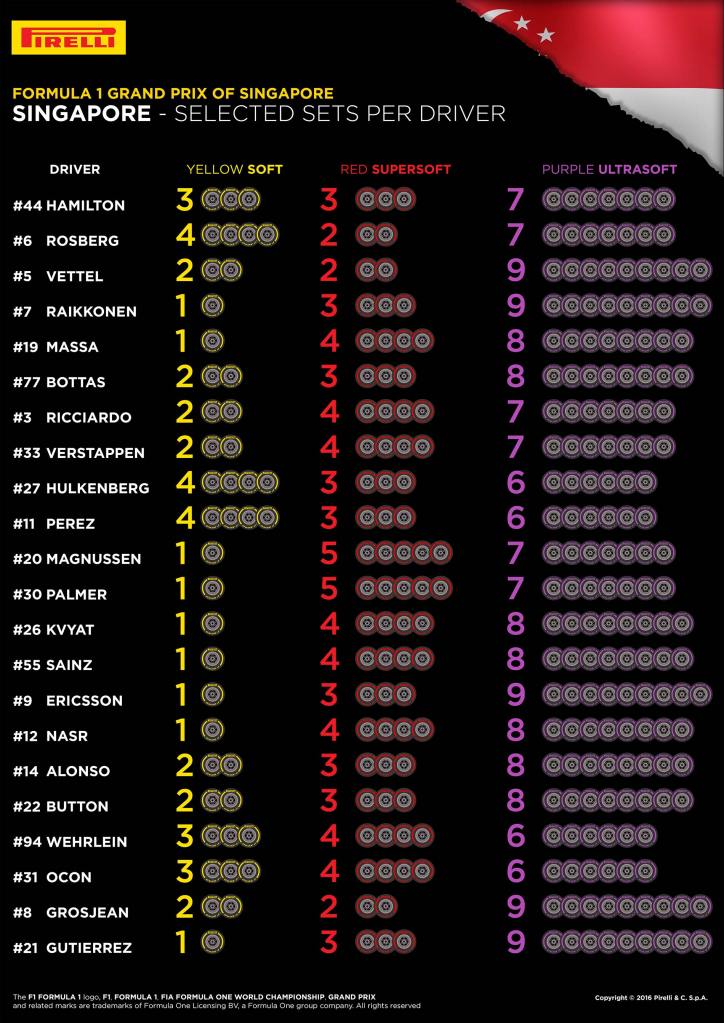