MONTEREY, Calif. – Today marks a special milestone in both Mazda Raceway Laguna Seca and North American open-wheel racing history, as it’s 20 years to the day when Alex Zanardi completed the move known as “The Pass” on Bryan Herta at the Corkscrew at the top of the hill.

A release from Mazda Raceway Laguna Seca is below:

It was 20 years ago today that Alex Zanardi pulled off, and Bryan Herta had an unfortunate front row seat to, one of the greatest passes in the history of motor sports.

“The Pass,” as it simply became known, took place Sept. 8, 1996, at Mazda Raceway Laguna Seca at The Corkscrew turns on the last lap of the Monterey Grand Prix, the final race of the 1996 PPG Indy Car World Series. The two decades that have since passed have turned the amazing pass into folklore drivers and race fans still talk about.

Herta, driving the No. 28 Rahal Reynard Mercedes, was leading Zanardi, who started from pole in the No. 4 Target Ganassi Racing Reynard Honda, on the 83rd and final lap. As the two entered the braking zone at the top of The Corkscrew, Zanardi dove left to the inside entering Turn 8, came in hot so the car shot to the outside on exit of Turn 8 but with the lead. The entire car was outside the rumble strip to the right and Zanardi’s right-side tires were in the dirt both entering and exiting Turn 8A, the exit of The Corkscrew. He went on to win the race, his third of the year, while teammate Jimmy Vasser finished fourth and clinched the championship for Target Ganassi Racing.

As part of the Mazda Road to Indy weekend, Military Appreciation Day on Sat., Sept. 10, will honor the heroism and dedication of the men and women of our U.S. Military. All military personnel with valid U.S. Military-issued identification are admitted free with one guest on Sept. 10 for the Mazda Road to Indy races. Children 12 and under are admitted free.

Gates open each day at 7 a.m., with tickets starting at $20 (every ticket includes a paddock pass). Click HERE to purchase tickets for the Mazda Road to Indy as well as the Pirelli World Challenge, the fifth and final event of Mazda Raceway Laguna Seca’s 2016 major event season.

Click HERE for the full schedule of events during Mazda Road to Indy. 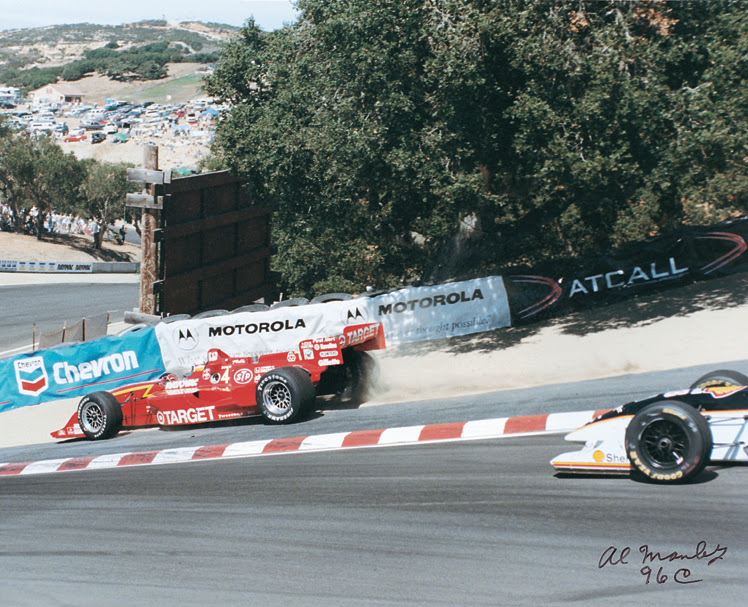 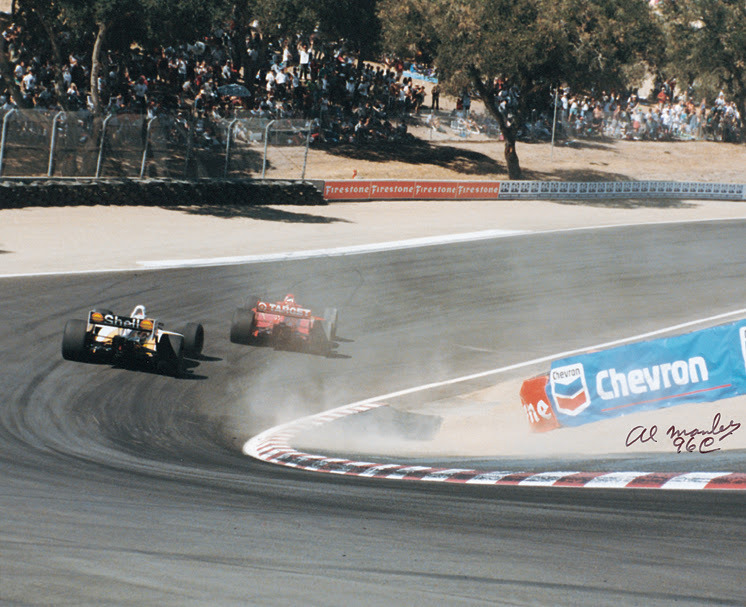