Courtesy of the INDYCAR PR staff, here’s this week’s Fast Facts ahead of the IndyCar GoPro Grand Prix of Sonoma, the final race of the 2016 Verizon IndyCar Series season:

Push-to-pass parameters: 10 activations for 15 seconds each

Firestone tire allotment: Seven sets primary and three sets alternate for use through the weekend 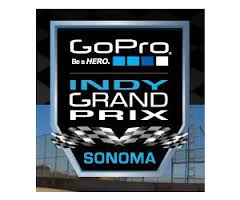 • Simon Pagenaud leads Will Power by 43 points. Pagenaud has led the championship since Round 2 of the season at Phoenix International Raceway in April.

• This is the 11th consecutive year that the Verizon IndyCar Series champion will be determined at the final race of the season.

• This is the 13th Indy car race at Sonoma. The winning driver at Sonoma has won the championship twice in the prior 12 races (Dario Franchitti in 2009, Scott Dixon in 2015). Dixon trailed Juan Pablo Montoya by 47 points heading into the 2015 finale, but won the double-points Sonoma race while Montoya finished sixth. The two finished tied in points, but Dixon won the championship by virtue of the first tiebreaker for most wins in the season (Dixon’s three to Montoya’s two).

• The GoPro Grand Prix of Sonoma will be the 13th Indy car race at Sonoma Raceway. Scott Dixon is the two-time defending race winner. This will be the fifth race on the 12-turn, 2.385-mile layout. The Verizon IndyCar Series competed on a 12-turn, 2.303-mile layout from 2005-2011.

• Three drivers have competed in every race at Sonoma since Indy cars returned to the track in 2005: Helio Castroneves, Scott Dixon and Tony Kanaan. Dixon is the only driver to complete every lap in those 11 races.

• Will Power has three wins and five poles in his six previous starts at Sonoma.

• Five rookies – Max Chilton, Conor Daly, RC Enerson, Spencer Pigot and Alexander Rossi – are entered. Rossi leads the Sunoco Rookie of the Year standings by 75 points over Daly. They are the only drivers still in contention for top series rookie honors.

• Tony Kanaan seeks to start his 265th consecutive race this weekend, which would extend his Indy car record streak that began in June 2001 at Portland. Teammate Scott Dixon has made 206 consecutive starts heading into the weekend, which is the third-longest streak in Indy car racing.

• The 2016 season is the second in which aerodynamic bodywork component kits are used on all Verizon IndyCar Series cars. The aero kits, produced by engine manufacturers Chevrolet and Honda for their respective supplied teams, are the latest technical innovation to enhance on-track performance through competitive aerodynamic development. Each manufacturer produces two kits for teams – one for short ovals/road courses/street courses and another for superspeedway ovals – but within each kit, teams have multiple component options available.

• The second season of aero kit competition complements the fifth year of engine manufacturer competition between Chevrolet and Honda with their 2.2-liter, twin-turbocharged V-6 engines. It will be another season testing speed and durability to determine the manufacturer champion. Chevrolet, which has won four straight manufacturers’ titles, leads Honda by 71 points heading into the 2016 finale at Sonoma.

Last week’s announcement that Jake Hughes will join Rene Rast behind the wheel of the NEOM McLaren Formula E team was the last piece of the puzzle.

“McLaren kicked off the season in Extreme E at the beginning of this year, so our first [electric] race took place Neom, actually out in Saudi,” NEOM McLaren Racing Team Principal James told NBC Sports. “At the time, we were in very early discussions about opportunities with the Formula E team. I actually went out there to meet with Zak [Brown, CEO McLaren Racing] and that was my first taste of Extreme E.