The switch from the Singapore Grand Prix to next week’s Malaysian Grand Prix, on Oct. 2, will also see a switch in the three compounds Pirelli brings to the circuit.

The three softest were in action under the lights on the streets of Singapore – the ultrasoft, supersoft and soft – while in Malaysia, the soft will be the softest compound brought along with the medium and hard compounds.

Of note, Nico Rosberg, Sebastian Vettel and both Red Bull drivers have opted for more medium sets of tires, while both Lewis Hamilton and Kimi Raikkonen have gone for a three-three split of mediums and hards. 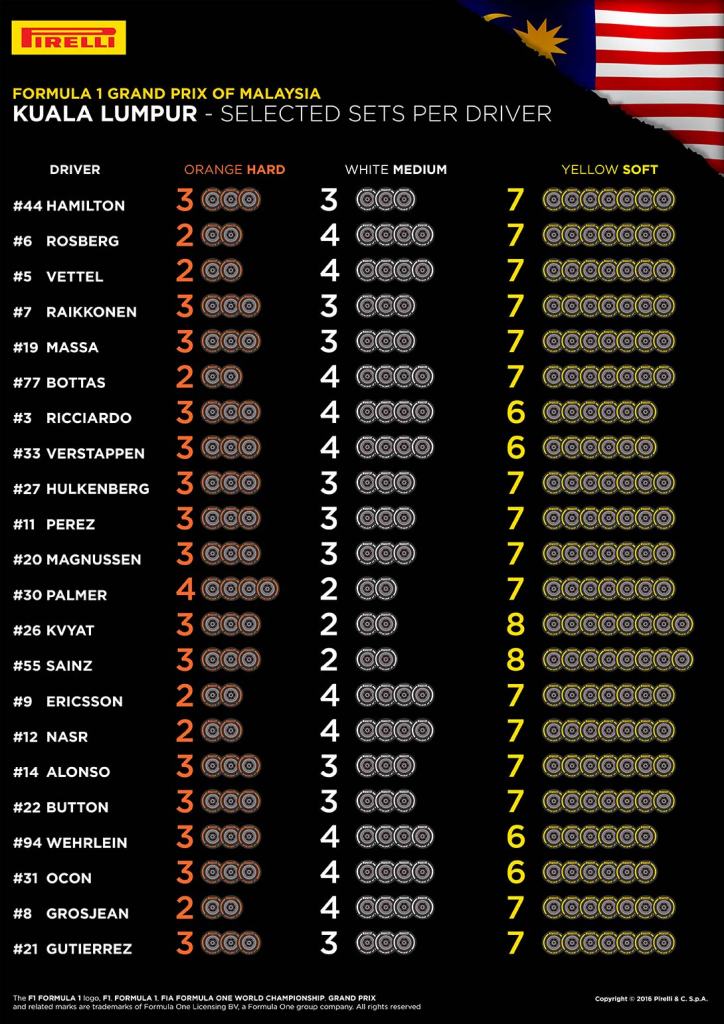