Formula 1’s two-week Asian swing is ahead with the Malaysian Grand Prix this weekend and the Japanese Grand Prix next week.

The Japanese Grand Prix tire picks were revealed on Tuesday, per usual, and most drivers and teams have selected more of Pirelli’s sets of soft tires, the softest on offer. As in Malaysia, teams can select between the soft, medium and hard compounds.

All drivers have between six and nine sets of softs selected.

Both Red Bull drivers are opting for four sets of hards, with Lewis Hamilton and Sebastian Vettel three sets of hards and Nico Rosberg and Kimi Raikkonen two sets of hards. 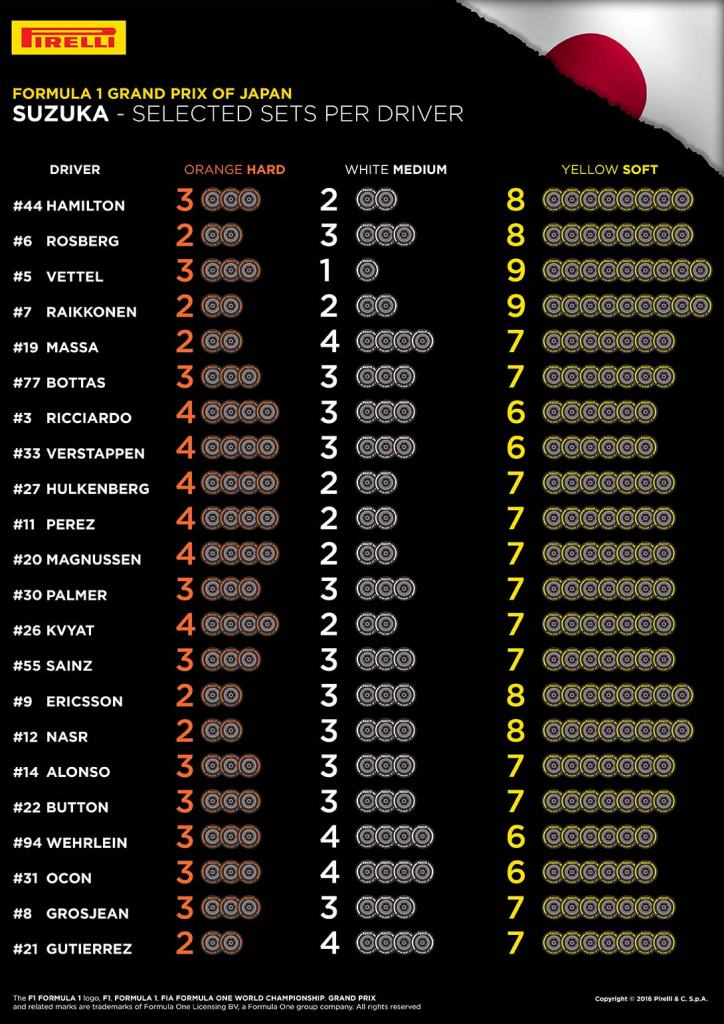