We began the series Monday with Antron Brown. Today, we feature Ron Capps. 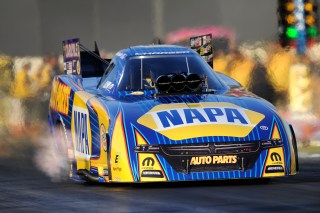 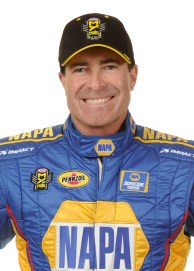 What went right in 2016: Capps had the best season of his career, starting off with a win in the season-opening Winternationals. … After finishing runner-up four times (including losing the 2012 Funny Car title by a mere two points), the California native finally won it all. … Consistency was the biggest key for Capps, who reached the semifinals 17 times or better (and at least the quarterfinals in 22 of 24 races). … Clinched the championship in the season-ending race at his home track, Auto Club Raceway in Pomona, Calif.

What went wrong in 2016: Lost amid all the hoopla of Capps’ championship was the fact he won the title despite failing to qualify for the spring race at Las Vegas. After that, he lost in the semifinals at Charlotte, quarterfinals at Houston and Atlanta, and lost in the first round at Topeka (the only time he lost in the first round this season). Things were looking bleak, but Capps rallied to win three of the next four to get him back on track. … After his last win of the season at Seattle, Capps’ consistency – reaching the semifinals five times and finals two other times – allowed him to stay ahead of his closest challengers and to win the title. He also suffered one of the scariest crashes of his career in the U.S. Nationals at Indianapolis, when he crashed into the end-of-track sandtrap and retaining fence, ending up trapped upside down for several minutes before being rescued unharmed.

What to look for in 2017: After a storybook season in 2016, Capps will attempt to go for two championships in a row. Can he do it? Most definitely. He has one of the best crew chiefs in the business in Rahn Tobler, drives for one of the best organizations (Don Schumacher Racing) and has everything he needs to win it all again.