We began the series Monday with Antron Brown and Tuesday with Ron Capps. 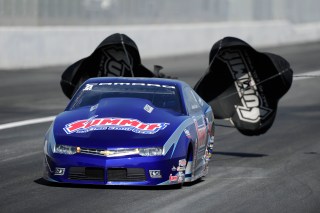 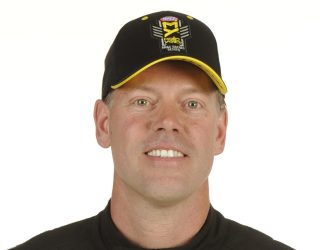 What went right in 2016: Won a single-season career-high eight races. … Line and teammate (and four-time champion) Greg Anderson were virtually unstoppable through the season, particularly during the first 2/3 of the campaign. It was neck-and-neck for Line and Anderson until Line pulled away to take the championship by a mere three points, even though he lost in the final round of the final race to Anderson. … Line and Anderson completely overwhelmed 2014 and 2015 champion Erica Enders. Enders won six races in 2014 and 2015, but failed to win even one in 2016 due mainly to the domination of KB Racing’s Line and Anderson.

What went wrong in 2016: Very, very little. Line was the most consistent driver across all four major professional series. He suffered just one first-round exit. Everything else was quarterfinals or higher, including 21 finishes as either a winner, runner-up or semifinalist.

What to look for in 2017: It was a tough back-and-forth battle between Line and Anderson in 2016, and 2017 promises nothing less. Anderson left 2016 with a bad taste in his mouth because he gave it his all to win a fifth Pro Stock championship, yet came up just a little bit short. As close as 2016 was between the two teammates, 2017 could be even closer.