We began the series Monday with Antron Brown, Tuesday with Ron Capps and Wednesday with Jason Line. 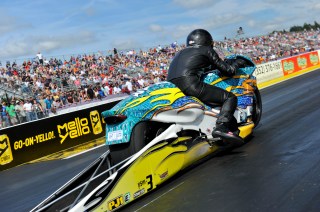 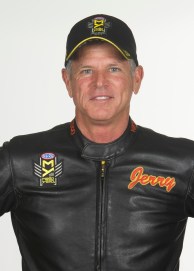 What went right in 2016: In classic David vs. Goliath fashion, Savoie beat the best in the class, including five-time champ Andrew Hines and three-time champ Eddie Krawiec. … What makes Savoie’s achievement greater is that he took off 30 years before resuming racing just five seasons ago, first part-time and then full-time. … The biggest key to his title were two wins and one runner-up in the six-race Countdown to the Championship playoffs. … Savoie also took advantage several times when Hines or Krawiec struggled through the course of the season.

What went wrong in 2016: Savoie didn’t win a race until St. Louis, the second race of the Countdown and the 12th race of PSM’s 16-race schedule. … Had two first-round losses: Karen Stoffer at Chicago and Steve Johnson at the Countdown opener at Charlotte.

What to look for in 2017: The Louisiana alligator farmer, who oversees 60,000 gators, gained a tremendous deal of confidence in 2016, capping it off with the championship. Interestingly, he did so on a Suzuki, when Harley-Davidson (primarily Hines and Krawiec) has dominated the series the last several years. … Savoie will have to step up his game even more in 2017 if he hopes to repeat as champion because Hines and Krawiec, as well as other riders, will have him in their sites.