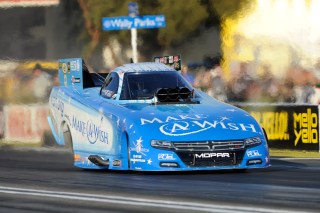 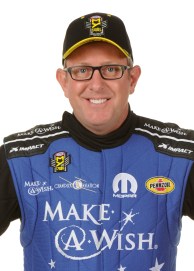 What went right in 2016: Johnson enjoyed the best season of his career with his best overall single-season finish (second place) and wins (three). … He keeps getting better, having finished third in both 2014 and 2015. … Has become one of the stalwarts of the DSR Funny Car stable.

What went wrong in 2016: While Johnson had a strong season, it could have been a bit stronger if he hadn’t suffered five first-round losses. He was closing in on teammate Ron Capps during the Countdown to the Championship but saw his title hopes fade after losing in the quarterfinals at Dallas and in the first round at Las Vegas. Ironically, Johnson rallied back to win the season-ending race at Pomona, but it was just a bit too little, too late.

What to look for in 2017: Johnson is a veteran racer, so it’s somewhat strange to say he came into his own in 2016, but that was certainly the case. He’s driving for one of the best organizations in drag racing, and has great teammates in 2016 Funny Car champ Ron Capps, Jack Beckman and Matt Hagan. There’s plenty of reason for optimism that it could very well be Johnson’s turn at winning the Funny Car championship in 2017, as he has all the tools in place to do so.