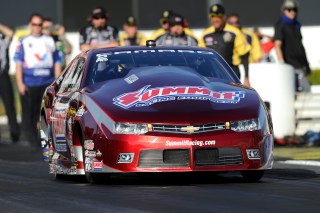 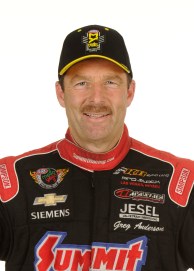 What went right in 2016: Anderson and teammate (and eventual champion) Jason Line ruled Pro Stock in 2016, with each driver amassing eight wins apiece. It was a back-and-forth battle all season between the pair, but Line ultimately prevailed by a razor-thin margin of just three points. Ironically, Anderson defeated Line in the final round of the season-ending race, but Line had just enough of a margin to earn his third Pro Stock championship.

What went wrong in 2016: Two things stand out that contributed to Anderson losing such a close championship battle with Line. First, while Anderson claimed seven victories in the first 15 races, he had just one win in the six-race Countdown to the Championship (season-ending race at Pomona). Second, he reached the finals in two other Countdown races (Charlotte 2 and Reading), but finished second. Had he won one of those, or perhaps had gone one extra round in the other three races prior to his season-ending win, he likely would have overtaken Line to earn his fifth career Pro Stock championship.

What to look for in 2017: Anderson has now finished second the last two seasons. Don’t think that’s not lost on the veteran driver. While he has a great relationship with longtime teammate Line, don’t be surprised if 2017 is Anderson’s turn to become the more successful teammate at KB Racing. He’s been hunting for a fifth championship since his last title in 2010 (as well as 2003, 2004 and 2005). Will 2017 finally be the season he earns No. 5?