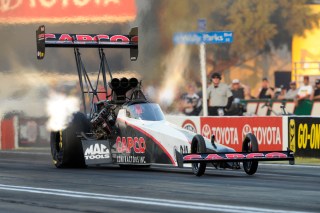 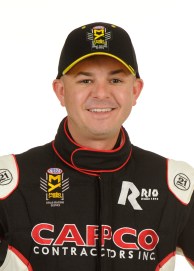 What went right in 2016: Torrence had the best year of his Top Fuel career. … In addition to his own talent, much of the credit for Torrence’s surge in success and performance in 2016 was master tuner and 11-time champion Alan Johnson (who also tuned fellow Top Fuel driver Brittany Force’s dragster to a sixth-place finish in 2016). … Torrence gave it his all to try and wrestle the Top Fuel title away from eventual champ Antron Brown and runner-up Doug Kalitta, but came up 181 points shy of Brown and 51 points behind Kalitta. … He also became one of the most prolific top qualifiers in the class, taking No. 1 honors in one-third (eight) of the season’s 24 races.

What went wrong in 2016: Torrence did not start at Norwalk, which ultimately cost him eventually in the point standings. Who knows what may have happened to his championship bid if he had made the Norwalk show. … Losing in the first round during the six-race Countdown to the Championship at St. Louis and in the second round at Charlotte 2, Reading and Pomona 2, also greatly impacted Torrence’s overall points total earned in the season. … Three consecutive first round losses early in the season at Phoenix, Gainesville and Las Vegas 1 also hurt him greatly.

What to look for in 2017: If 2016 was Torrence’s breakout season, then 2017 could be his championship breakthrough season. It doesn’t get much better with Johnson tuning your race car, and Torrence and Johnson have formed a potent duo (with Brittany Force, who is also tuned by Johnson, a defacto teammate of sorts to Torrence). If there’s anything Torrence has to work on, it’s his consistency, particularly early in the season. If he can get over that hump, he has a good chance of battling for the championship next season.