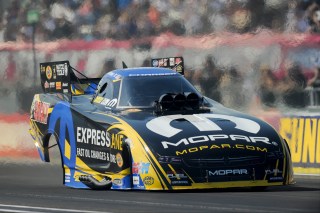 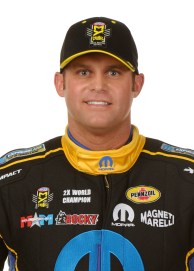 What went right in 2016: Hagan was once again a Funny Car force to be reckoned with this past season. His four wins put him in position to contend for the championship before fading in the latter stages of the six-race Countdown to the Championship playoff. … Hagan has been a machine when it comes to reaching the winner’s circle in recent seasons: He won four races each in 2016, 2015 and 2014, and five wins in 2013, giving him 17 of his 22 career wins in the last four seasons.

What went wrong in 2016: Hagan suffered five first-round losses in the season, which greatly impacted his ability to overtake eventual champ Ron Capps. … After winning at Indianapolis, Hagan struggled in the Countdown at times, particularly the first two races, where he failed to advance past the quarterfinals at Charlotte 2 and St. Louis. While he won at Dallas, which gave him a boost of hope, he lost in the semifinals at Las Vegas 2 and in the first round of the season-ending race at Pomona, ending any hope of a third title.

What to look for in 2017: From a statistical standpoint, Hagan is due for a third championship in 2017 – if you consider that his first two titles came in 2011 and 2014, separated by two seasons in-between. Since it now has been two additional seasons since his last title, Hagan has at least a statistical edge in 2017, if you believe in those kinds of things. … With teammates Ron Capps (2016 NHRA Funny Car champion), Tommy Johnson Jr. (finished second) and Jack Beckman (finished fifth), Don Schumacher Racing promises to have yet another strong season in 2016 – and Hagan will likely be right in the middle of that effort.