The cars will also be front and center for MSR’s efforts in the 2017 WeatherTech SportsCar Championship and, per a team media release, “will feature striking ‘mirror image’ black, grey and white graphics on the team’s pair of Acura NSX GT3 entries.”

* First is the No. 86 car, which pays homage to Acura’s 30th anniversary in sports car racing. Similar to the paint scheme it first carried in 1986, the nose starts out with a black front before morphing into a grey cross hatch pattern and ending with a white scheme at the rear of the car. 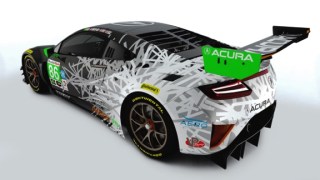 * The No. 93 team, which commemorates 1993, the year Honda Performance Development was founded, will carry a paint scheme with a look reverse to that of the No. 86, starting with a white front that eventually morphs to a black rear deck. 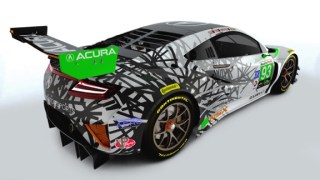 In addition, both cars will carry splashes of orange, which dates back to Acura Motorsports’ first entry into IMSA racing in the 1990s, as well as green, which indicates the cars are GT Daytona class entries.

“The debut of the Acura NSX GT3 at the prestigious Rolex 24 will mark the return of the Acura brand to IMSA sports car competition,” said Art St. Cyr, president of Honda Performance Development and Acura Motorsports. “We’ve aimed to race the NSX in North America since the car was just a sketch on paper, and we couldn’t be more excited than to debut at Daytona.”

Both MSR teams will take part in the “Roar Before the 24” IMSA open test on January 6-8, at DIS.