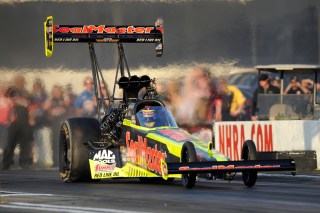 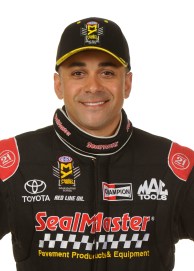 What went right in 2016: Todd enjoyed the second-best season of his Top Fuel career, finishing fourth. He joined Kalitta Motorsports three races into the 2014 season and finished second in the standings. But 2016 stands out because Todd had a single-season high five runner-up and seven semifinal finishes. Was part of major drag racing history, losing to teammate Doug Kalitta in the closest Top Fuel final round finish — .000 seconds — at Southern Nationals in Commerce, Ga.

What went wrong in 2016: Todd struggled in the first half of the season, racking up five first-round losses in the first 11 races. But he finally turned things around by reaching the finals three times in the next four races, including his lone win of the season (Sonoma). … Unfortunately, he fell behind quickly in the six-race Countdown to the Championship playoff, suffering first-round losses in two of the first three races Charlotte 2 and Reading). But he bounced back to reach the finals in the last two races of the season to jump from eighth after Reading to finish a strong fourth.

What to look for in 2017: While he’ll remain with Kalitta Motorsports, Todd will shift from Top Fuel to Funny Car, replacing 2015 Funny Car champ Del Worsham, who has returned to drive for his family’s team. Troy Coughlin, who was originally slated to compete part-time in Top Fuel in 2017, has been elevated to replace Todd in the Kalitta Motorsports’ dragster.