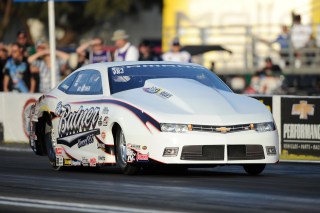 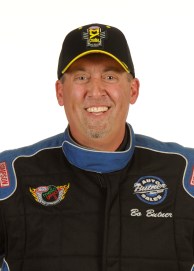 What went right in 2016: Butner had an outstanding sophomore season in Pro Stock, finishing higher (fourth) in the overall standings than numerous veteran drivers including Allen Johnson (8th), two-time champ Erica Enders (9th) and five-time champ Jeg Coughlin (10th). … While he has yet to win his first Pro Stock race, he reached the final round in nearly one-fourth of the races (five) of the 2016 season. … Qualified for his first six-race Countdown to the Championship playoff.

What went wrong in 2016: Butner was dramatically better in 2016 than his rookie season in 2015 (finished 12th). But he still made mistakes that proved costly. He suffered six first-round losses, including three in a row (Englishtown, Bristol and Norwalk). … Struggled during the Countdown with one first-round exit and three quarterfinal losses.

What to look for in 2017: Butner had a breakout season in 2016; he’s on target for a breakthrough season in 2017, with the potential of competing for the championship. He’s used to winning (15 victories in the Sportsman ranks); when he notches his first triumph in Pro Stock, that could be all he needs to give him and his team the confidence to become champions. Given what he achieved in 2016 without winning a race, the best is still yet to come for Butner. When he finally does earn his first win, it’s likely going to be the first of several in the same season.