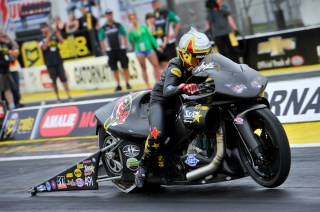 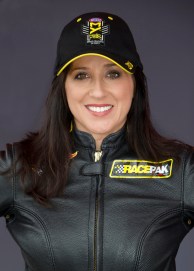 What went right in 2016: After two part-time seasons (2014 and 2015), Sampey returned to full-time racing for the first time since 2008 (she did not compete from 2009 through 2013). Earned her first NHRA PSM win since 2007 and the 42nd of her career. … Also qualified for her first Countdown to the Championship playoff since 2007 (first year of the Countdown) and 2008. … Good friend with 2016 PSM champ and fellow Louisiana native Jerry Savoie (Sampey used to babysit for Savoie’s children before beginning her racing career).

What went wrong in 2016: Given this was Sampey’s first full-time season since 2008, there’s very little to say that she did wrong. Sure, there was a bit of rust, judging from her three first-round exits (nearly one-fourth of the 16-race PSM season), but there were also signs of the Angelle of old, the same Angelle who won three straight PSM championships from 2000-2002: She reached the quarterfinals or better in 13 of the 16 races, plus she was No. 1 qualifier in one-fourth of the races (4 of 16). It’s hard to say much of anything really went wrong for her.

What to look for in 2017: To come back full-time with technology that was completely different in 2016 than from her last full-time season in 2008, and then to finish fourth in the championship race, Sampey could very easily be considered the most valuable rider in PSM this past season. Given that she still has outstanding talent and cat-like reflexes, Sampey is almost guaranteed to be right in the middle of the 2017 championship chase. And few people would be surprised if she does win title No. 4. She is, after all, the winningest female racer in drag racing history – and there’s likely a lot more wins and potential championships still in her.