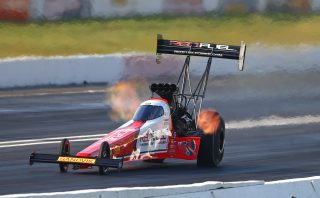 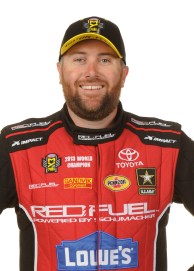 What went right in 2016: After joining Don Schumacher Racing for the final six races of 2015, Langdon settled in to a very comfortable role with DSR in 2016. His three wins were the most in a season since capturing seven wins en route to the 2013 championship. He has a great stable of teammates, including fellow Top Fuel drivers Antron Brown (2012, 2015 and 2016 champion), eight-time champ Tony Schumacher and rising star Leah Pritchett.

What went wrong in 2016: Even though he reached the winner’s circle three times, Langdon failed to get past the first round in nine (more than one-third) of the season’s 24 races. That included consecutive first-round losses in each of the first four races of 2016. While he managed to climb back to third place after the Dallas race (fourth race in the six-race Countdown to the Championship), he suffered yet another first-round exit at Las Vegas, ending any hope that he could upset Brown or Top Fuel runner-up Doug Kalitta in the season-ending race. He also failed to qualify even once and only reached the final round in the three races he won (in other words, he had zero runner-up finishes).

What to look for in 2017: Langdon is one of the most talented drivers in Top Fuel. With DSR, he has all the resources and top minds in drag racing for success. Look for Langdon to put a bit more pressure on his teammates in 2017 – he’s hungry for another Top Fuel title and will do everything in his power to do just that.