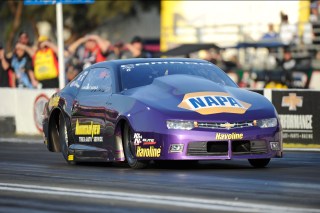 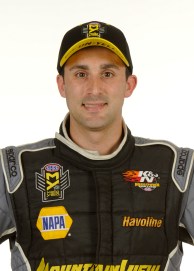 What went right in 2016: After earning three runner-up finishes – but zero wins – in 2015 – Nobile finally got back on the winning track in 2016 for the first time since 2014 with his triumph at Reading during the Countdown to the Championship. … Ironically, Nobile was the top-performing driver for Elite Motorsports: two-time (2014-2015) Pro Stock champ Erica Enders failed to win even one race, while five-time PS champ Jeg Coughlin also went winless in 2016. Enders finished ninth and Coughlin 10th in the Pro Stock final standings.

What went wrong in 2016: Nobile struggled to get past the quarterfinals in nearly half of the season’s 24 races, being stopped 11 times. Had he been able to reach more semifinals or runner-up finishes, he potentially could have finished even higher in the rankings.

What to look for in 2017: At 25, Nobile is both a savvy veteran and one of the most promising young drivers in the sport. He’s been in the Pro Stock ranks since 2010, when he was just 19. He’s finished in the top-10 in each of the last six seasons. If anyone is to give 2016 Pro Stock winner Jason Line and runner-up Greg Anderson the biggest battle in 2017, it’s likely to be Nobile.