Few teams have as great an appreciation for their own history as Team Penske, so it’s only fitting that on a day when Roger Penske turns 80, the team reflects on the first transporter that helped launch the team into the national stratosphere.

Penske’s first of 16 Indianapolis 500 victories was achieved in 1972 with Mark Donohue driving, and the transporter that carried that No. 66 Sunoco McLaren Offy was a customized 1972 International Fleetstar truck known in the racing circles as “The Blue Hilton.”

This transporter served Team Penske well, carrying both Indy cars and sports cars that dominated in Can-Am in the early 1970s with George Follmer and Donohue.

More than 8,000 man hours went into the restoration of this transporter, which was only found in 2015 after concerns it’d been scrapped. Penske Truck Leasing’s James Svaasand, Michael Klotz, and David Hall and Team Penske Historian Bernie King led the restoration and can thank Jerry Breon, a long-time Penske team member, who found the truck for sale.

“After we confirmed that it was, in fact, the Blue Hilton that was for sale, I called Brian Hard (president of Penske Truck Leasing) and we agreed that we had to find a way to bring her back to life,” Team Penske President Tim Cindric said in a release. “This transporter was there when the foundation was laid for Team Penske and it is symbolic of the way in which we operate today.  Everyone at PTL did an unbelievable job restoring this vehicle.  I can’t wait for Roger to see it in person, as it is something he will cherish.”

The transporter will be on display at Team Penske headquarters in Mooresville, N.C.

You can read the full release here. A few photos of the transporter are below, courtesy of Team Penske: 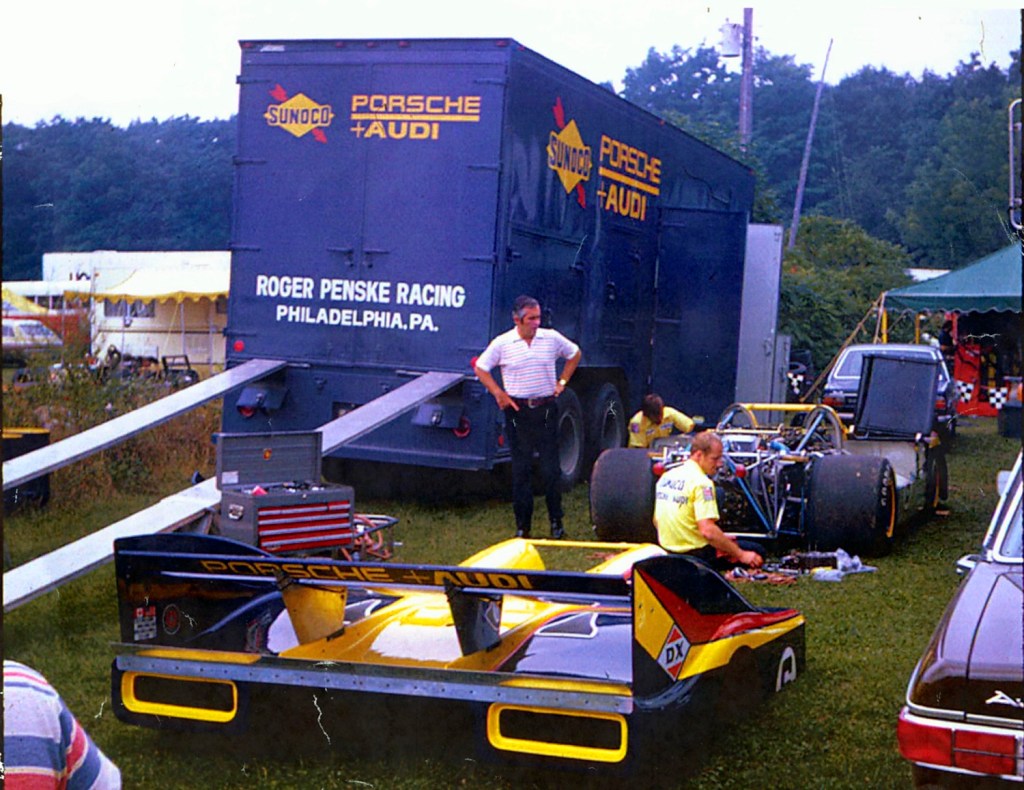 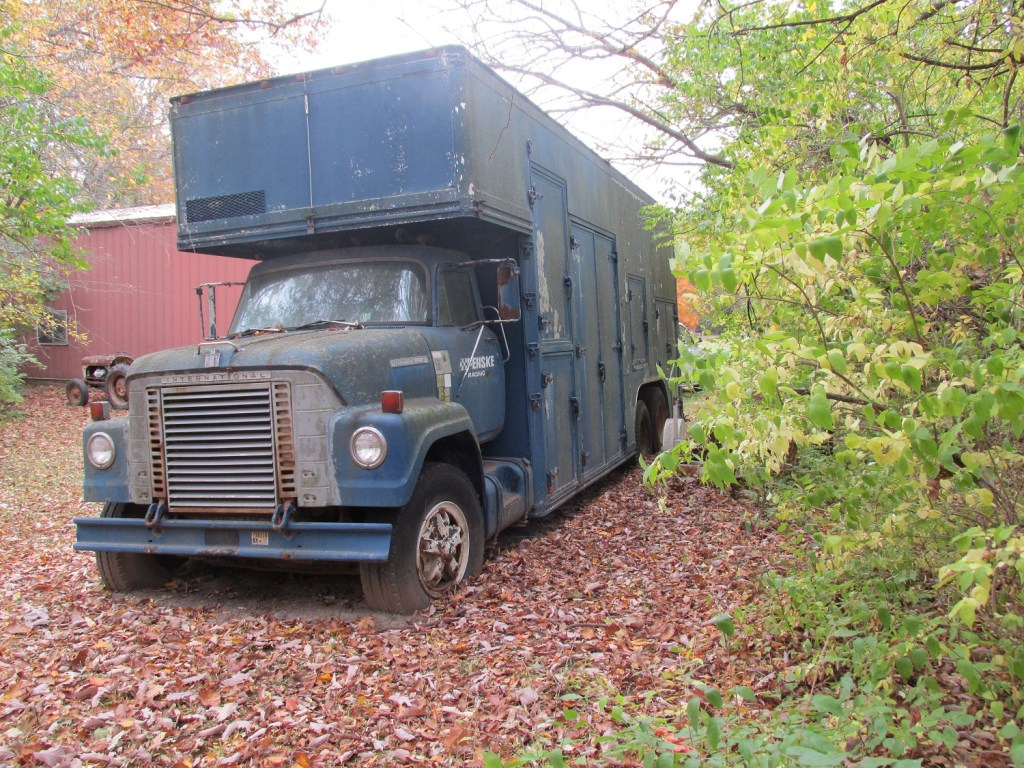 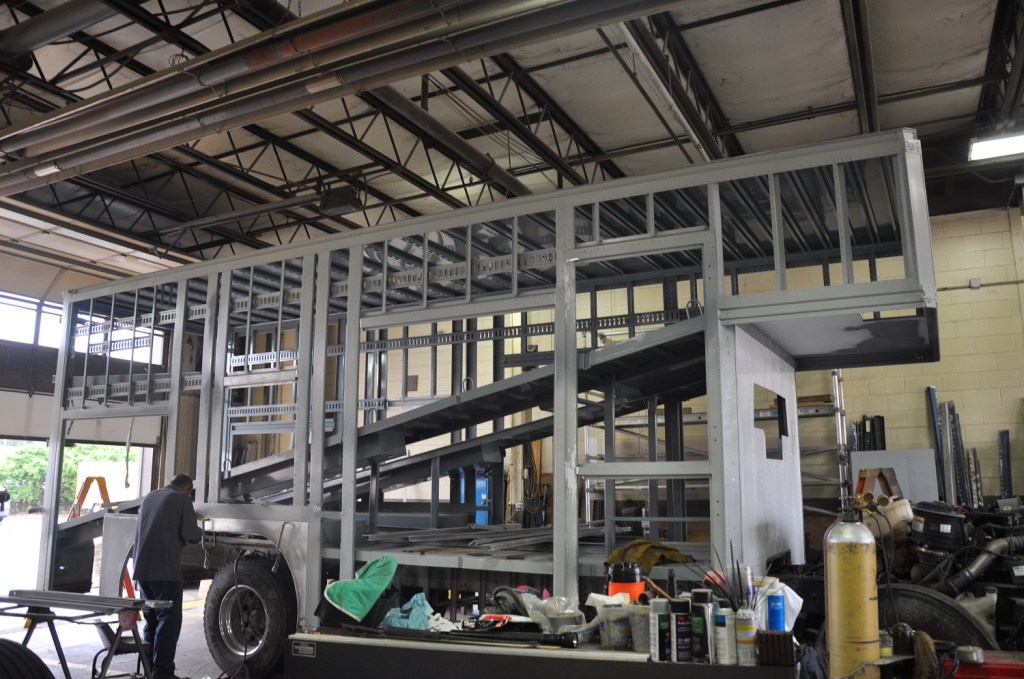 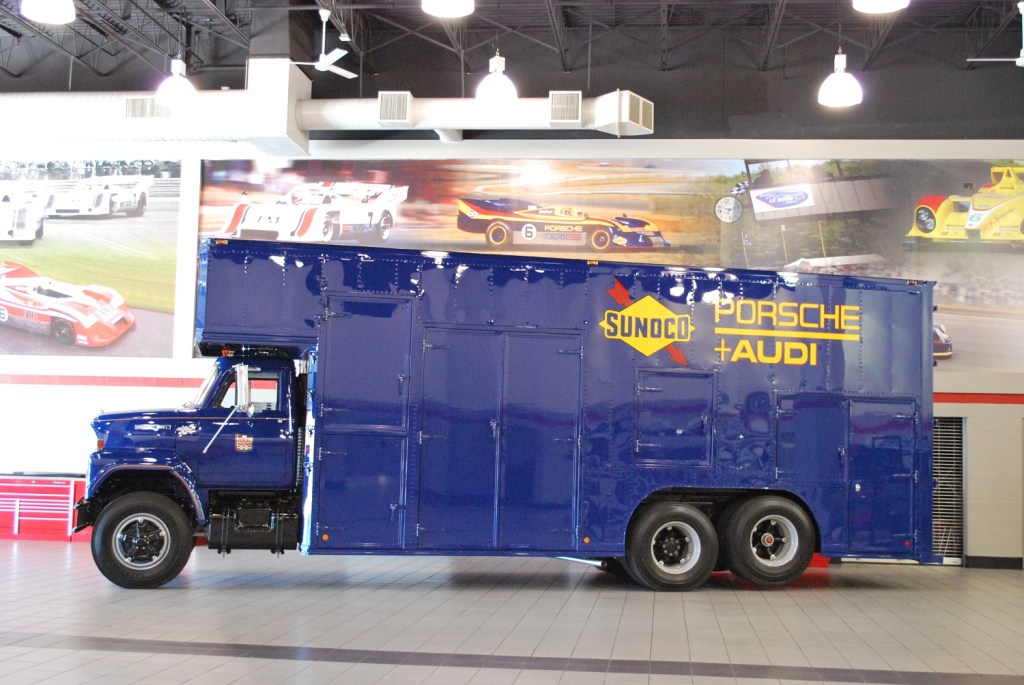