On paper, Ed Carpenter Racing could be in for a banner year in the 2017 Verizon IndyCar Series.

The open test at Phoenix International Raceway served notice that their cars are quick, with JR Hildebrand turning the fastest lap across the two-day test. Throw in up-and-coming Spencer Pigot, the 2015 Indy Lights Presented by Cooper Tires champion who will again contest the road and street events in the No. 20 Fuzzy’s Vodka Chevrolet, and team owner Ed Carpenter, known for his oval prowess, and their driver lineup looks as stout as any among the 2017 entries.

However, it is also a year of vital importance, particularly for the aforementioned Hildebrand and Pigot.

To say that JR Hildebrand has something to prove might be an understatement. Once a promising up-and-comer who won the Indy Lights title in 2009, Hildebrand’s career has been in limbo since he and Panther Racing parted ways after the 2013 Indianapolis 500. Though he showed promise and speed in his brief tenure with John Barnes’ old team, his time there was somewhat star-crossed.

He infamously crashed out of the lead on the final lap of the 2011 Indianapolis 500. He was dominating the 2012 MAVTV 500 at Auto Club Speedway before he brushed the wall and damaged the right-rear suspension. During a caution period at the 2013 Firestone Grand Prix of St. Petersburg, he ran up and over race leader Will Power after briefly looking down to make an adjustment on his steering wheel. And, in what proved to be his final outing as a full-time driver, he crashed on lap 4 of the 2013 Indianapolis 500.

Since then, Hildebrand has only been a part-time competitor, only running entries at the INDYCAR Grand Prix at Indianapolis and the Indy 500. In fact, as he explained at the Phoenix test, he didn’t even dip his feet into sports car racing, as many open wheel drivers do when they’re not driving IndyCars.

“No, I have not (pursued opportunities in sports cars). I’ve been hanging out with these guys (Ed Carpenter Racing) trying to get back to being full-time in IndyCar,” he explained during the Phoenix test.

He later explained that, while he was also busy promoting STEM and other education initiatives, limited opportunities in sports car racing made venturing into that discipline less than ideal. “Since GRAND-AM and IMSA have combined, there’s just kind of fewer of the prototype drives and the GTLM, which is an amazing category…there’s a lot of factory guys there. It’s a little bit of a tricky thing to work your way into, particularly if it’s a part-time thing, I’ve found.”

Perhaps the most important piece of driving he has ever done, though, came in relief of Josef Newgarden after he broke his hand and collarbone at Texas Motor Speedway last year. Hildebrand filled in for Newgarden at tests at Road America, Iowa Speedway, and the Mid-Ohio Sports Car Course, which he said helped keep the rust off and prove his value to the team.

“Those are all places where you’re doing something fairly different,” he said of time as a relief driver. “And so for me to have that added familiarity with the types of things, particularly that Josef was looking for in the race car, somebody who clearly had been finding what he was looking for, knew what he was looking for and was making good on that on the track, you know, that was really valuable for me.”

Expectations are high for Hildebrand on his return. It’s obvious that the 29-year-old still possesses all the talent he displayed in junior categories and in his brief time as an IndyCar driver. And Ed Carpenter Racing does not look like it’s missed a beat with Newgarden’s departure. Hildebrand echoed those expectations and firmly believes he should contend for victories.

“A successful season for us is me picking up my first race win, wherever that ends up being,” he asserted after a recent test at Sonoma Raceway. “That is absolutely a goal of ours to be in the Winner’s Circle. For me there is no doubt that my goal is to come into this season with a number of road and street courses on the schedule and be consistently in contention at those places.” 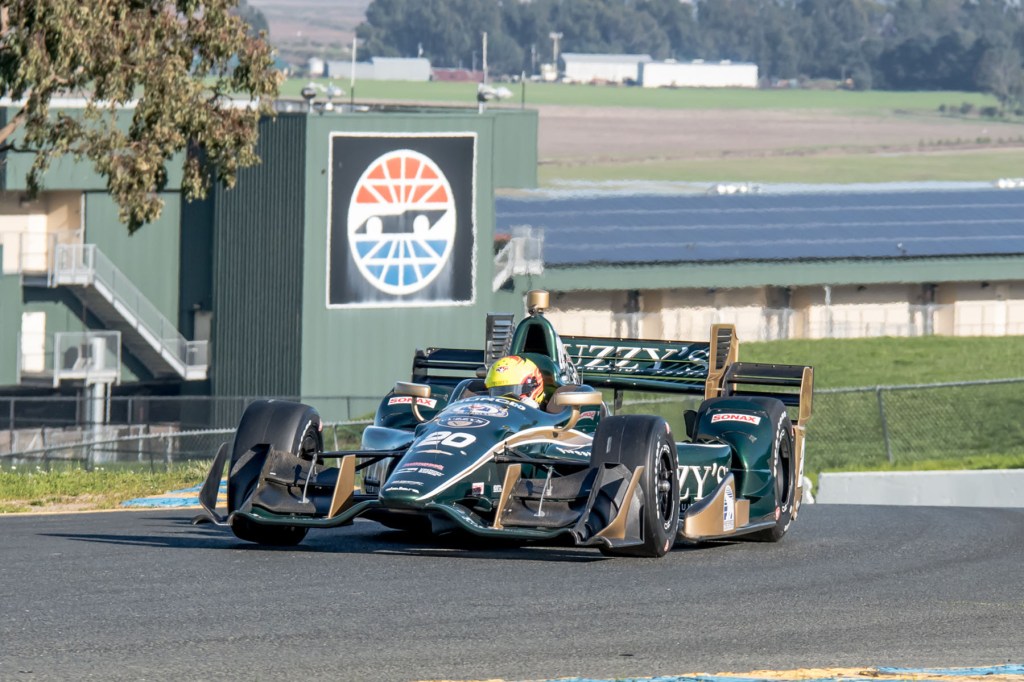 While Hildebrand has garnered much of the hype, teammate Spencer Pigot is not to be forgotten. While he stepped up at least part-time last year before it grew into the rest of the season, it was still a challenge. He began with Rahal Letterman Lanigan Racing on a three-race deal before joining Ed Carpenter Racing to run the road and street courses after the Indy 500.

Pigot’s results were unspectacular, but he did improve as the year continued. The 23-year-old scored a pair of top tens at Road America and Mid-Ohio and showed an increase in raw speed in the second half of the season.

However, Pigot’s second season will be pivotal for his IndyCar future. Evidence of this can be found in three other recent Indy Lights champions: Tristan Vautier, Sage Karam, and Gabby Chaves. Each was relegated to part-time drives following their rookie campaigns and only Karam is currently slated to run any IndyCar races this year (he announced an Indy 500 entry with Dreyer and Reinbold Racing earlier in February).

In one way, Pigot already has an advantage over Vautier, Karam, and Chaves in that he will contest a second season, and for the same team as well. Consequently, his second season in the Verizon IndyCar Series provides a chance to firmly establish himself as a top-level driver after spending his rookie year learning the cars and series. Perhaps the most important aspect of his driving he’ll need to improve on is his qualifying pace. Only four times did he qualify better than 20th and he often struggled to get the most out of the softer, red-walled Firestones.

While he didn’t reveal many details after the ECR test outing at Sonoma, Pigot did express confidence that he and the team are going in the right direction.

“It’s been a while since we were (at Sonoma Raceway) and it’s been since September since I drove the car, so I’m excited to be back in an IndyCar and so far so good. We had a really productive morning, and we’ve been sticking to our test plan, which we spent a lot of time going over before we got here in order to maximize our day,” Pigot said after the February 14 test.

The performance of Ed Carpenter Racing has been one of most positive stories in the Verizon IndyCar Series since the team debuted in 2012. And for Hildebrand and Pigot, the organization gives them a chance to cement their IndyCar careers.