Scott Dixon put his No. 9 GED Light LED Honda on top of the speed charts in morning warm-up for the Firestone Grand Prix of St. Petersburg. Dixon’s fastest lap was a 1:01.929 and he was the only driver to break into the 1:01 bracket during the 30-minute session. Helio Castroneves, Simon Pagenaud, Spencer Pigot, and Graham Rahal completed the top five.

However it was an accident for Ryan Hunter-Reay about halfway through the session that was the main story line that emerged coming out of it.

In what has been the scariest moment of the weekend to date, Hunter-Reay speared into the turn 10 tire barriers about 15 minutes into the session. The Andretti Autosport driver reported he suffered a rear brake failure, which sent him straight off at one of the fastest parts of the St. Petersburg street circuit.

“Brake pedal went to the floor. One of the scarier feelings you ever had in a car. Needed every bit of the tires,” he told IndyCar Radio afterward.

Times are below. Coverage of the Firestone Grand Prix of St. Petersburg begins at 12:00 p.m. ET. 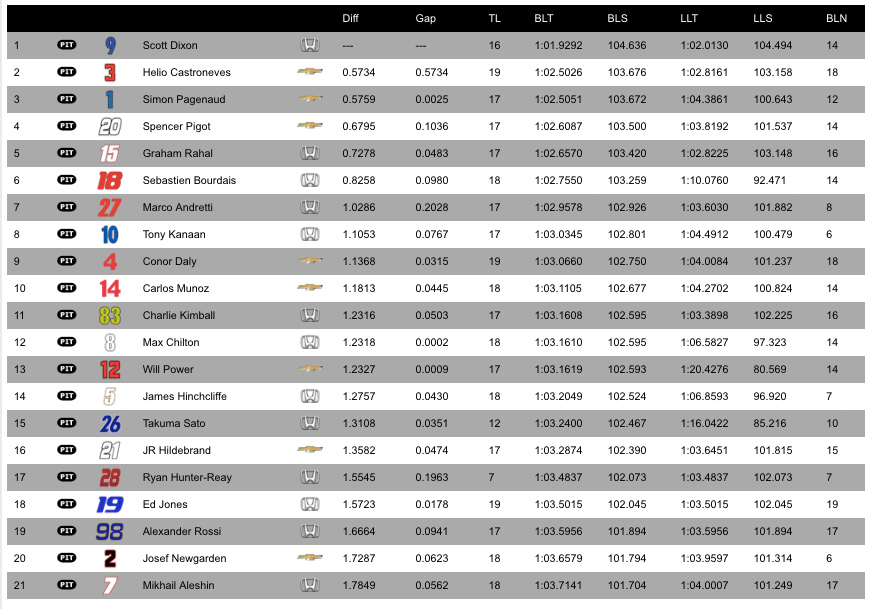