Red Bull Global Rallycross has confirmed its Canadian date, which was listed as a TBA on the schedule release earlier this year. The series will visit the Canada Aviation and Space Museum in Ottawa for a doubleheader on June 17-18.

The full release from the series is below:

For the first time in its seven-year history, Red Bull Global Rallycross will head to Canada for a championship event in 2017. On Saturday, June 17 and Sunday, June 18, Red Bull GRC will visit Ottawa, the country’s capital, for two rounds of action at the Canada Aviation and Space Museum. The event is part of the Ottawa 2017 calendar, a year-long celebration of Canada’s 150th anniversary of Confederation. 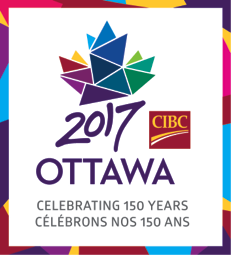 “Ottawa represents a perfect fit for Red Bull GRC as we return to international competition in 2017,” said Red Bull GRC CEO Colin Dyne. “We’ve been fortunate to see many Canadian fans at our events in the United States over the years, and we’re looking forward to bringing our racing formula north for the very first time, and to the Canada Aviation and Space Museum. As Ottawa 2017 celebrates the 150th anniversary of Canada, we can’t think of a better way to join the celebration than by staging an event in the nation’s capital.”

The museum is easily accessible off of the Sir George Etienne Cartier Parkway, with the double header event utilizing portions of the Rockcliffe Airport. The course will feature long straightaways and wide-open corners, allowing the 600-horsepower Supercars to reach top speed. The paved main course and Joker Lap will merge leading into the dirt section, just before cars fly over the finish line on the series’ signature 70-foot jump. With grandstands set throughout the dirt section and up to the finish, fans will be up close to some of the most exciting moments of the 2017 season.

This year, as Canada celebrates its sesquicentennial, a record number of Canadians and visitors will gather in the nation’s capital to join in the festivities planned throughout 2017. Ottawa 2017 is presenting 12 full months of big, bold and immersive experiences that will complement national celebrations and annual events and festivals. Residents and visitors from Canada and abroad are invited to explore Canada’s history and culture through vibrant events that will spark the imagination and inspire for the future.

“As the nation’s capital, we’re happy to welcome this exciting event to Canada for the first time. Red Bull Global Rallycross will thrill participants and viewers across the country and around the world, while showcasing our city in a new and dynamic way, said Ottawa Mayor Jim Watson. “In support of Ecology Ottawa’s One Million Trees project and to further support this important legacy of the sesquicentennial year, the series’ organizers have committed to planting 10,000 trees in Ottawa.”

“Red Bull Global Rallycross will be yet another legacy of the Ottawa 2017 celebrations, with the opportunity for the event to return in subsequent years. It’s one of the bold new events we are helping to bring to Canada’s capital with the support of partners like CIBC and Ottawa Tourism. We’re equally happy to engage our federal partners at the Canada Aviation and Space Museum to showcase this important institution on an international scale,” said Guy Laflamme, Executive Director of the Ottawa 2017 Bureau.