Simon Pagenaud dusted himself off after a rough qualifying on Saturday to lead the morning warm-up for today’s Toyota Grand Prix of Long Beach. Pagenaud was one of four drivers to break the 1:06 barrier, turning his fastest lap at 1:06.6497.

Behind Pagenaud was a train of Hondas, led by Andretti Autosport’s Takuma Sato and Alexander Rossi, who ended up second and third overall. The Chip Ganassi Racing duo of Scott Dixon and Tony Kanaan ended up fourth and fifth.

The 30-minute session came to a brief halt when Spencer Pigot gently nosed into the turn one tire barrier. Though the incident brought out a red flag, there was only slight damage to the front wing of Pigot’s car, allowing him to complete the session after returning to the pits for repairs. 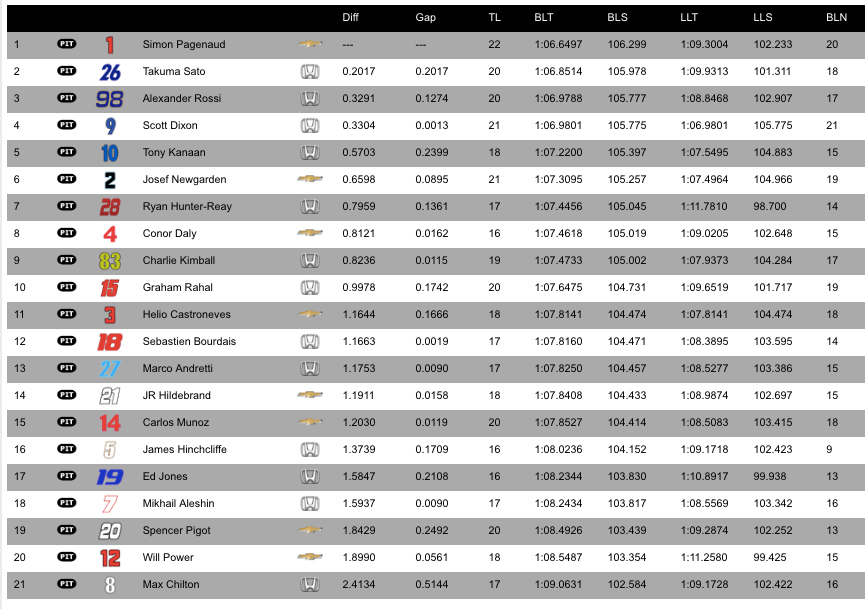