Friday’s two-hour practice for the Desert Diamond West Valley Phoenix Grand Prix started out slowly, with only a handful of drivers turning laps in the opening 30 minutes. However, the second hour, and the final 30 minutes in particular, turned into a frenzy, with drivers making several runs and completing qualifying sims.

Josef Newgarden topped the speed charts with an average speed of 192.108 mph, the only lap above the 192 mark of the session.

JR Hildebrand enjoyed a strong run on his return after suffering a broken hand at Long Beach to run second in practice. Helio Castroneves, Simon Pagenaud, and Will Power completed the top five, making it a Chevrolet sweep of the top five spots.

Heavy winds wreaked havoc on the session, with sand blowing onto the track surface throughout practice. Conditions became severe enough that practice was halted a couple minutes prior to its scheduled conclusion.

Of note: driver Ed Carpenter, in his first race outing of 2017, suffered a shortened practice due to mechanical issues and the crew reportedly was working on swapping out the fuel cell on his No.20 Fuzzy’s Vodka Chevrolet. 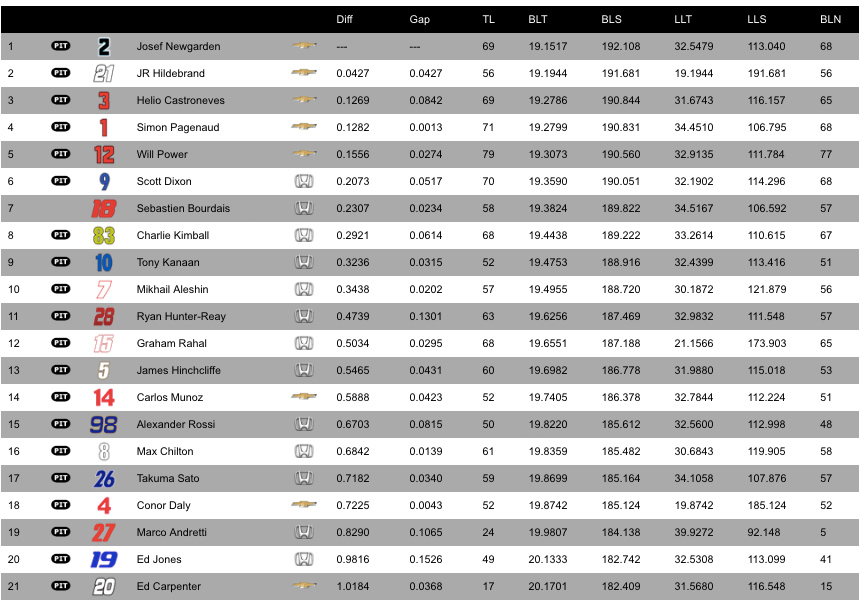 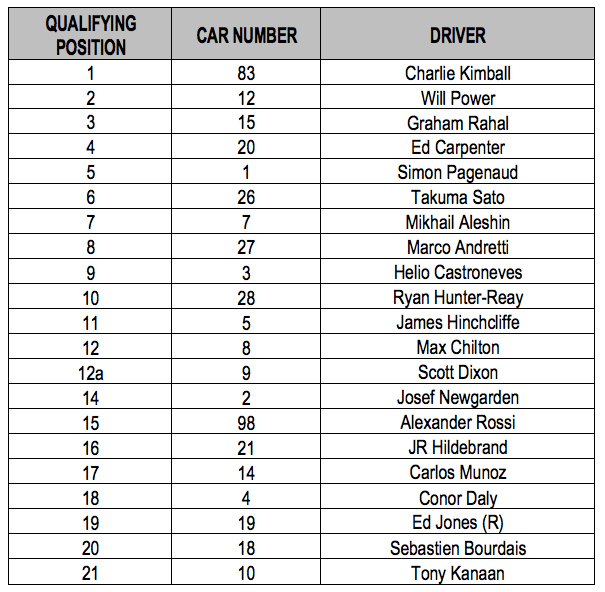