Here’s some quick notes heading into the Grand Prix of Indianapolis Presented by Royal Purple Synthetic Oil Supporting the Lupus Foundation of America, the second weekend of the Mazda Road to Indy presented by Cooper Tires where all three rungs are in action and third overall for the MRTI this season.

Of note for all three series, the lubricant company will title all six rounds of competition at Indianapolis Motor Speedway on May 12 and 13. All races will be in support of the Lupus Foundation of America. May is Lupus Awareness Month; more information is available at the series website, linked here.

Also, starting this weekend and retroactive to the season-opening race in St. Petersburg, all race winners in the Mazda Road to Indy will be presented with special “rice spoon” (called a skakushi) decals for their cars from Mazda to acknowledge their accomplishments. The rice spoon is a talisman for good luck, victory, business prosperity and a safe household, and the characters on the spoon read “Certain Victory” and “Must Win.” 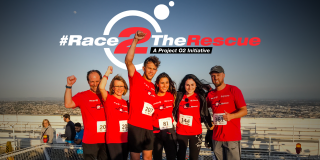