INDIANAPOLIS – Will Power led the opening 45-minute practice for the Verizon IndyCar Series’ INDYCAR Grand Prix, in the No. 12 Verizon Team Penske Chevrolet, as he looks for his first victory of the season.

The top 20 were covered by 0.9049 of a second with only Marco Andretti and Conor Daly outside that margin.

One red flag briefly interrupted the session for debris on track and a couple drivers had lock-ups or off-course excursions, but there were no major incidents. It was a cool session with ambient temperature of 56 degrees and 63 on track, per Firestone. 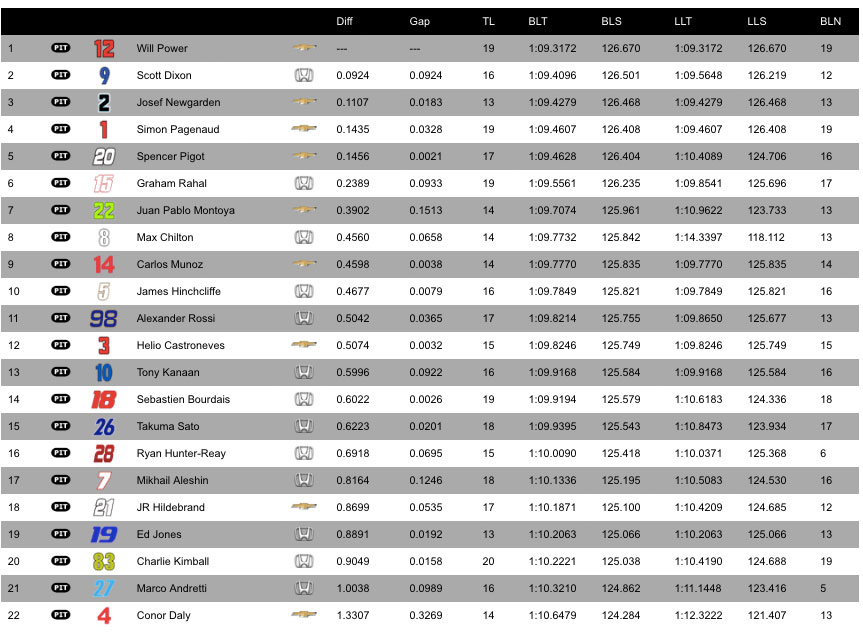