However next week at Monaco, it’s back to Pirelli’s three softest compounds, with the ultrasoft, supersoft and soft tires available to be utilized.

And as team selections for Pirelli at Monaco have been revealed, most drivers are going heavy on the ultrasoft tire, Pirelli’s softest overall compound.

Only two teams – Mercedes and Toro Rosso – are opting to select nine sets of the ultrasofts of the available 13 sets. All other teams have gone for at least 10, and some with 11, of the 13 sets for ultrasofts.

Meanwhile on the polar end of the spectrum only one driver, the returning Jenson Button at McLaren, has opted to select two sets of the soft compound tires. The other 19 drivers have gone for only one set of softs apiece.

The remaining variance comes in the supersofts, the middle compound. Mercedes and Toro Rosso again lead the way here with three sets selected for all four of their drivers, while the rest have only selected two or one set apiece.

The full breakdown is here. 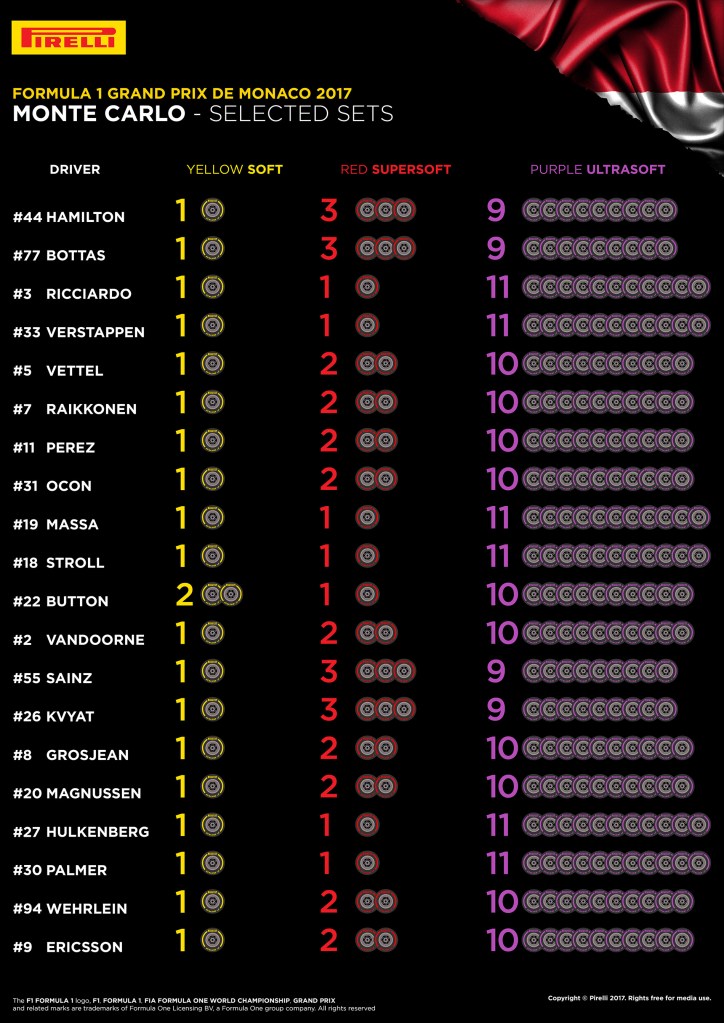