Pirelli has confirmed its Formula 1 tire picks for the British Grand Prix on July 16, ditching the hard compound from its selection following driver complaints over the Spanish Grand Prix weekend.

Pirelli tweaked its five dry tire compounds to be more conservative and durable for 2017, with management and strategy proving decisive through the opening five rounds of the year.

Pirelli debuted its revised hard tire in Spain last weekend to deal with the abrasive nature of the Circuit de Barcelona-Catalunya, only for teams to opt against using it as it was not able to offer drivers the grip or pace they required.

Silverstone is another circuit that is tough on tires, but Pirelli has responded to the feedback from drivers and decided against using the hard compound for the British Grand Prix.

Drivers will get to use the super-soft, soft and medium compounds through the race weekend. Those who make it through to Q3 must qualify on super-softs, while either the soft or medium compound must be used at least once during the race.

Here is a run-down from Pirelli of its tire selections for the season so far. 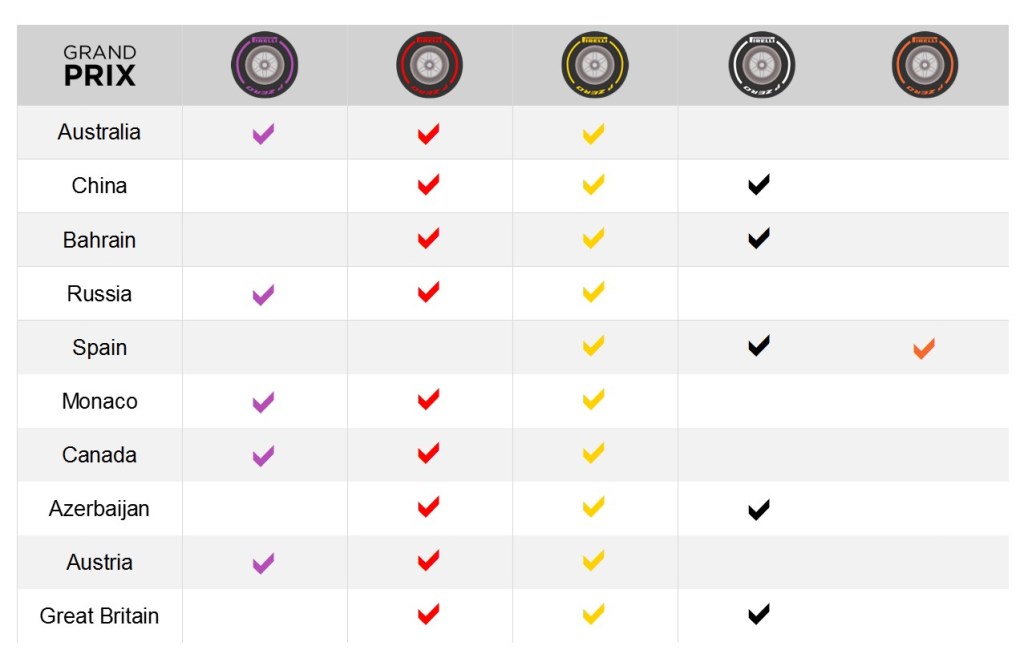