INDIANAPOLIS – Rain has been predicted for parts if not all of Friday, Saturday and Sunday at the Indianapolis Motor Speedway and just before 1:45 p.m. on “Fast Friday,” it hit – hard.

This not before 32 of the 33 drivers entered for the 101st Indianapolis 500 presented by PennGrade Motor Oil banked a combined 599 laps, and the speeds went up by seven mph compared to the best speeds this week.

The speed increase is by design as the boost is turned up from 1.3 to 1.4 mbar on the turbochargers, which gives the 2.2L V6 twin turbo powerplants produced by Honda and Chevrolet an additional 40 to 50 horsepower.

Sebastien Bourdais uncorked the fastest lap of the month to date in a new engine now powering his No. 18 Dale Coyne Racing Honda, at 233.116 mph with a tow. Bourdais has had two engine failures this month, one in the INDYCAR Grand Prix last weekend, and a second yesterday in practice at the north end of the track.

Bourdais was one of 22 drivers who eclipsed 230 mph in a tow. That number drops to just six drivers who went 230-plus without a tow, which Bourdais also led at 231.192 mph.

Honda’s reliability issues persisted as a motor issue occurred for Jack Harvey’s No. 50 Michael Shank Racing with Andretti Autosport car, and smoke came billowing out the back of his car. That’s the fifth engine issue within the last week in the Honda camp; the manufacturer is diagnosing the cause. 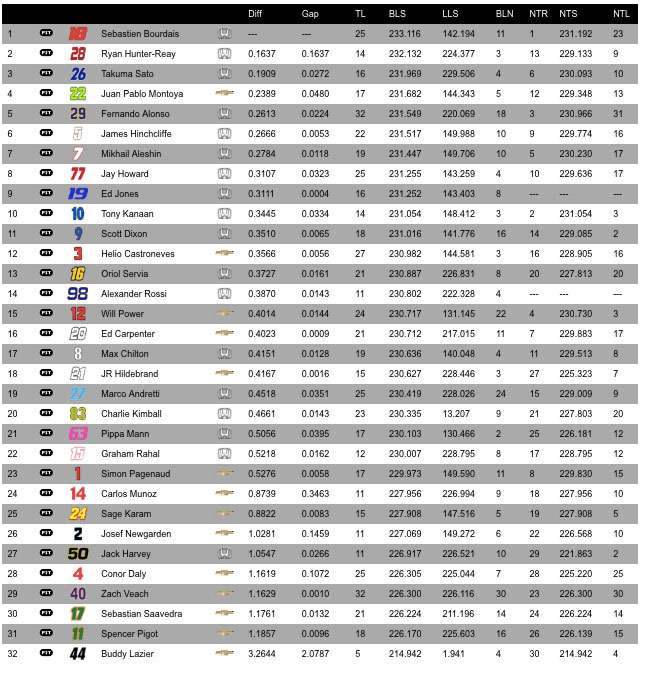 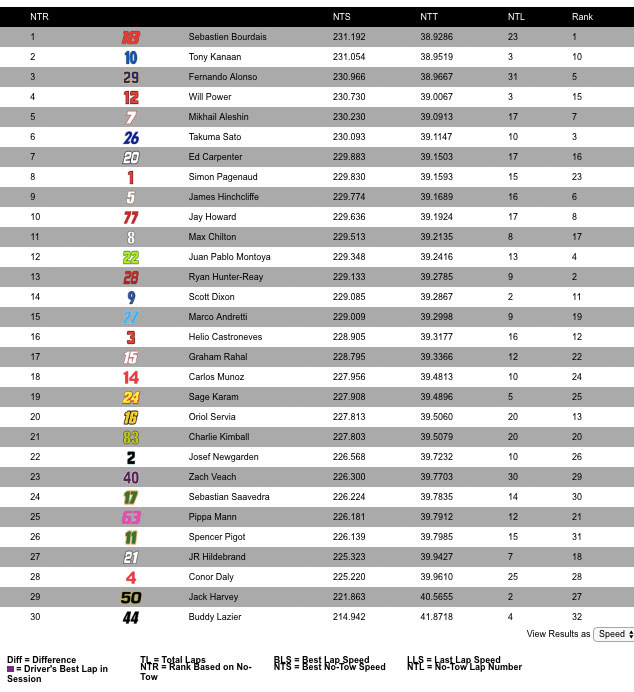