Pirelli has confirmed its tire selection for July’s Hungarian Grand Prix in Budapest, with super-soft, soft and medium compounds to be made available to teams.

As in 2016, this year sees teams be given the choice of three compounds for each grand prix. The softest is reserved for qualifying, while at least one of the two hardest sets must be used in the race.

Pirelli announced on Thursday that it would be mirroring its selection from 2016, taking super-soft, soft and medium tires to the Hungaroring.

Drivers who make it through to Q3 will be required to complete the session on super-soft tires, and must use one set of either the soft or medium compound rubber in the race.

By way of comparison, the majority of drivers completed the race on a two-stop strategy through 2016, with Lewis Hamilton winning the grand prix.

Here’s a complete run-down of Pirelli’s tire picks so far this season. 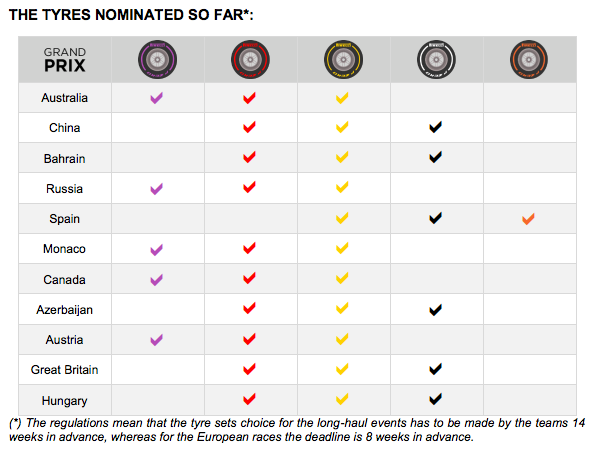