After a couple-hour delay owing to rain and track drying, the Verizon IndyCar Series’ Rainguard Water Sealers 600 first practice is in the books after all.

He supplanted his teammate, Charlie Kimball in the No. 83 Tresiba Honda, in the process.

Ed Carpenter was the top Chevrolet runner in seventh, back in the No. 20 Fuzzy’s Vodka Chevrolet, at 220.824.

The two other drivers making their return to IndyCar competition did decently well. Tristan Vautier was 16th in his first running in the No. 18 Dale Coyne Racing Honda with a best speed of 219.148 mph. Gabby Chaves was 21st in the No. 88 Harding Racing Chevrolet at 216.368, one spot ahead of Conor Daly.

There were several yellow flags for track inspections but none for incidents.

Times are below. A link to the qualifying order is here. 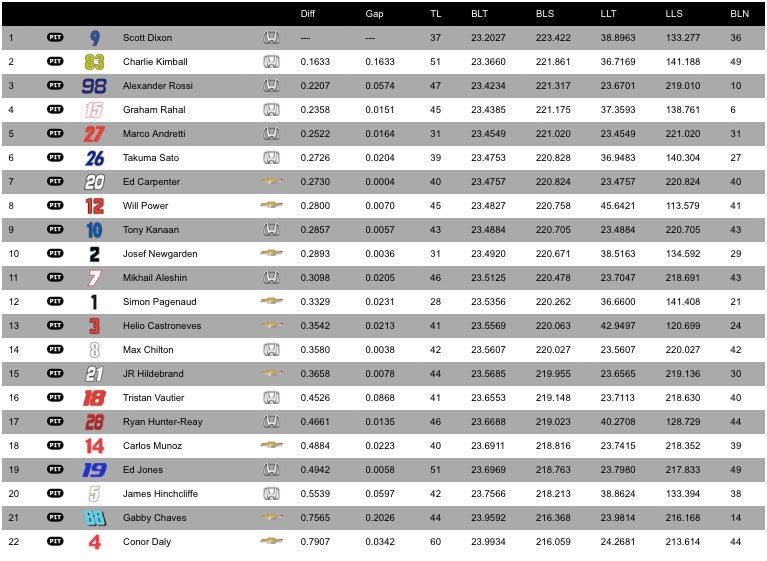