Helio Castroneves and Josef Newgarden ended third and fourth, making it a Penske 1-2-3-4 for the second consecutive session this weekend (they did the same in second practice on Friday). Scott Dixon ended the session fifth, the best of the Honda runners.

Several drivers had off-course excursions during practice as they pushed the limits ahead of qualifying this afternoon. Most notably, Newgarden brought out a brief red flag when he spun into the gravel in Turn 14, the third spin in turn 14 this weekend. Newgarden did not have any contact with the tire barriers, but the No. 2 Devilbiss Chevrolet was beached in the gravel and needed a tow. He suffered no damage, however, and rejoined the session after it resumed.

Of note, Marco Andretti and Spencer Pigot enjoyed strong sessions to end up sixth and seventh, while Mikhail Aleshin was 20th after arriving at the track earlier in the morning, with immigration issues delaying his travel. 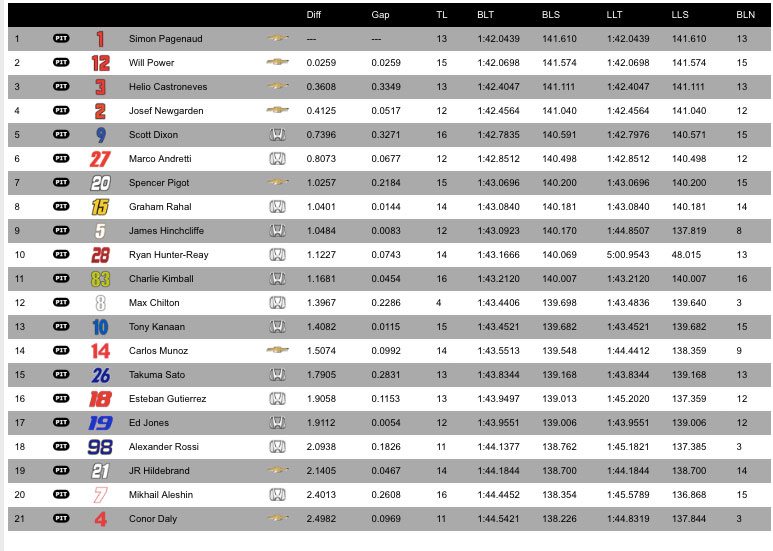