Pirelli has confirmed all 20 Formula 1 drivers’ tire picks for next weekend’s Austrian Grand Prix at the Red Bull Ring in Spielberg, with most opting to stack up on ultra-softs.

As it does for every grand prix, Pirelli will bring three compounds to Austria next week, electing for the softest possible combination of ultra-soft, super-soft and soft tires.

In the regular pre-race release of each driver’s tire picks, Pirelli revealed that Force India, McLaren and Red Bull have gone down the most aggressive routes, stacking up on the ultra-soft tire.

Title contenders Mercedes and Ferrari have gone down a more conservative route, favoring additional sets of the super-soft compound.

Ferrari drivers Sebastian Vettel and Kimi Raikkonen will take seven sets of ultra-softs to Spielberg, while Mercedes’ Lewis Hamilton and Valtteri Bottas will have eight sets at their disposal through the weekend. 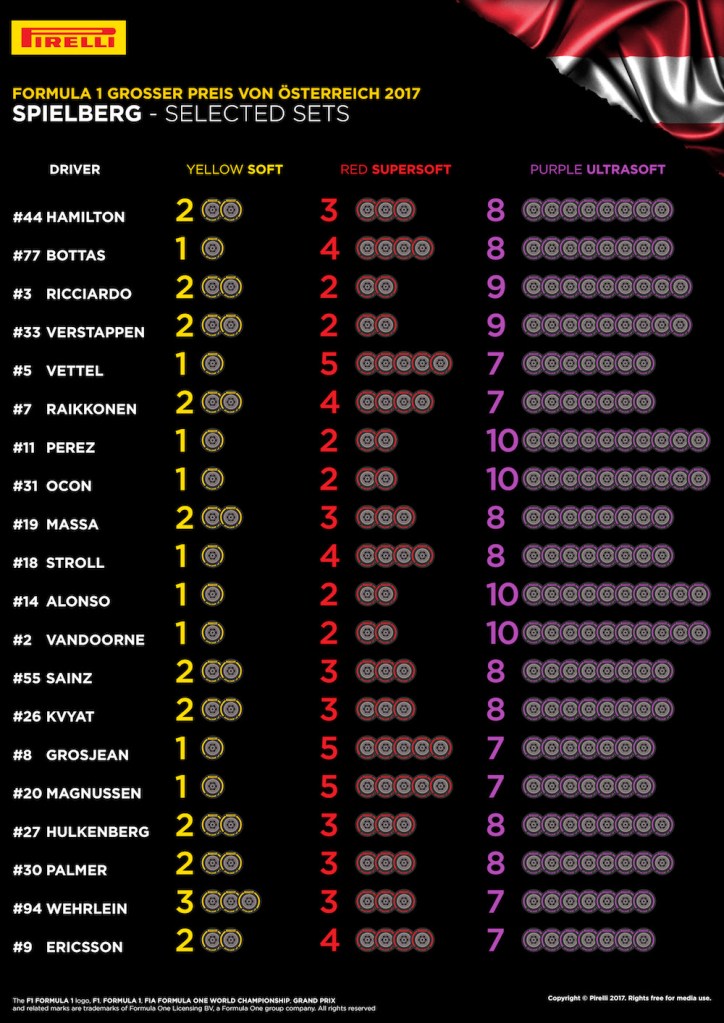