Of note, Andretti Autosport struggled somewhat in final practice. Alexander Rossi was the best of the Andretti quartet in 10th, with Takuma Sato right behind him in 11th. Ryan Hunter-Reay (16th) and Marco Andretti (18th) were both outside of the top 15. 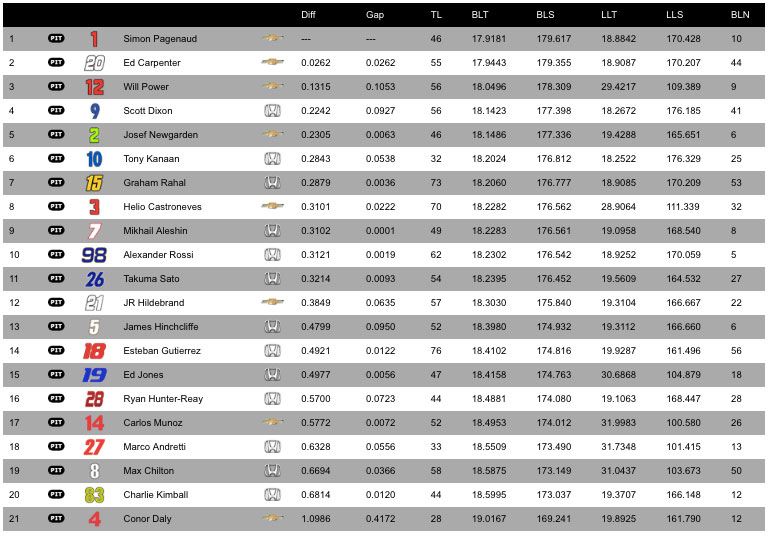