Pagenaud, the defending series champion, set a best time of 1:00.2573 in the No. 1 DXC Technology Team Penske Chevrolet in a Penske 1-2. Will Power, who was only 16th in first practice, made a big step forward to second in this session.

As he was this morning, Scott Dixon was again fastest Honda with Graham Rahal and Helio Castroneves completing the top five.

Two red flags flew for incidents at Turn 1. Esteban Gutierrez lost most of his session with contact exiting the right hander in his No. 18 UNIFIN Honda for Dale Coyne Racing, costing the young Mexican key track time in his Toronto debut.

Carlos Munoz also stopped on course in his No. 14 ABC Supply Co. Chevrolet but with what looked like mechanical issues, but no visible damage to the AJ Foyt Racing machine. 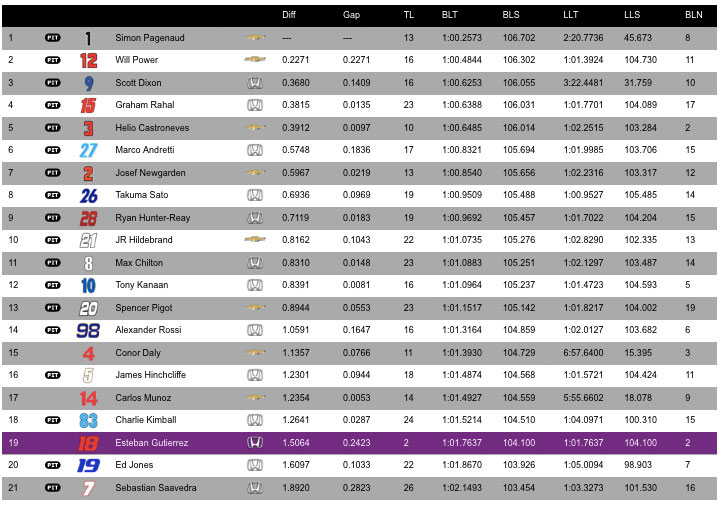