Josef Newgarden was second ahead of Scott Dixon, Simon Pagenaud and Alexander Rossi. It makes for a variety-laden top-five with three teams (Andretti, Team Penske, Chip Ganassi Racing) with both manufacturers (three Hondas, two Chevrolets) in the top five.

No one had any issues on-track during the session other than Will Power running on-and-off at the Keyhole, Turn 2. 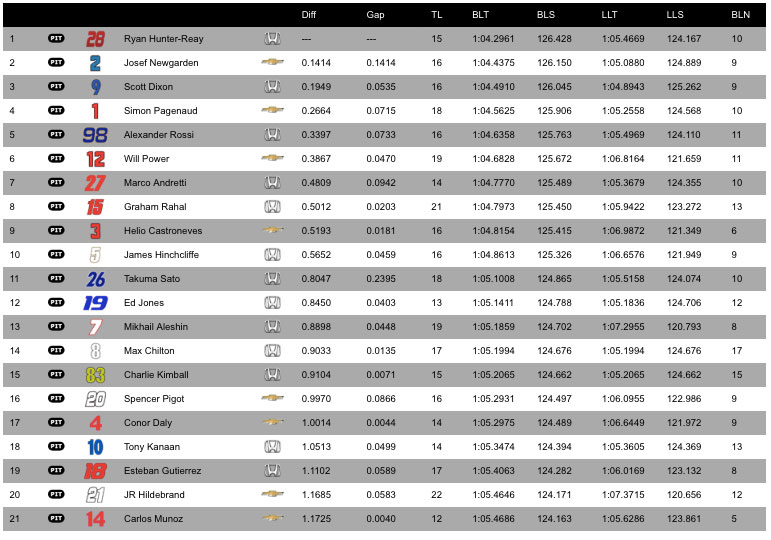