Chip Ganassi Racing’s Scott Dixon and Tony Kanaan ended up third and fourth, making it four Hondas in the top four spots on the board. Team Penske’s Josef Newgarden was the fastest Chevrolet in fifth.

The lap times continue to be incredibly close, with 19 cars separated by less than one second.

The session did see two red flags. The first was for a minor incident in which Team Penske’s Will Power ran out of fuel and stopped on course ahead of turn 11.

The second actually came near the end of the session and brought it to a close. Schmidt Peterson Motorsports’ Mikhail Aleshin spun in turn 11 and, after doing a couple of pirouettes, made contact with the tire barriers. He exited the car unhurt, but the team will need to make repairs to the back of the car.

Times are below. Qualifying begins at 2:00 p.m. ET and airs live on NBCSN. 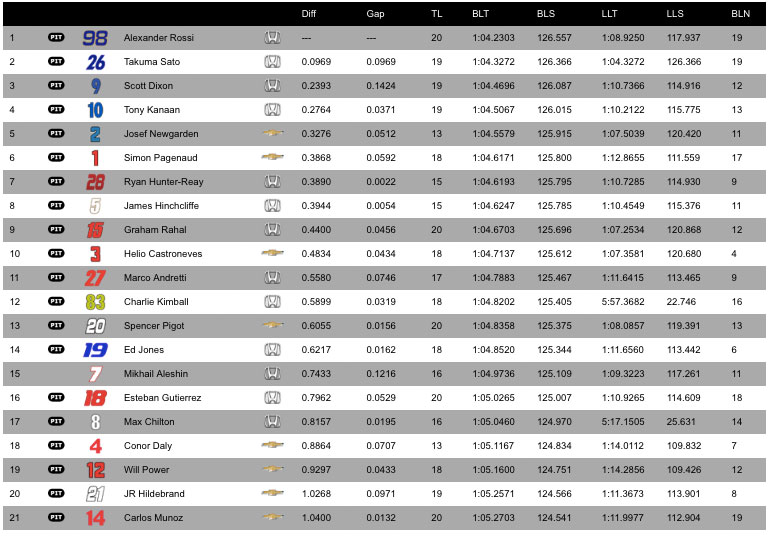