The full release from INDYCAR is below.

One thing is certain following another successful test of the new Verizon IndyCar Series universal aero kit: Any misconception of drivers not earning their keep in the cockpit will be put to rest in 2018.

The new aero kit – developed by chassis supplier Dallara and set to be used by all competitors next season following three years of manufacturer aero kit competition between Chevrolet and Honda – was put through the paces in the road course/street course/short oval configuration for the first time today at Mid-Ohio Sports Car Course. 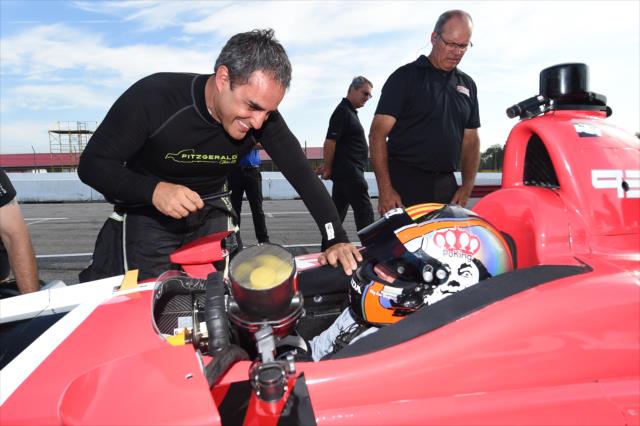 Juan Pablo Montoya and Oriol Servia, who debuted the new-look car in a superspeedway configuration test July 25 at Indianapolis Motor Speedway, were again behind the wheel of their respective Chevrolet- and Honda-powered machines today on the 2.258-mile permanent road course.

“It feels pretty good; it’s very different than the current aero kit,” said Montoya, the two-time Indianapolis 500 winner and 1999 Indy car champion. “The (new) car is a little more forgiving, but the level of downforce is a lot lighter so you slide around a lot more. That, I think, is good. 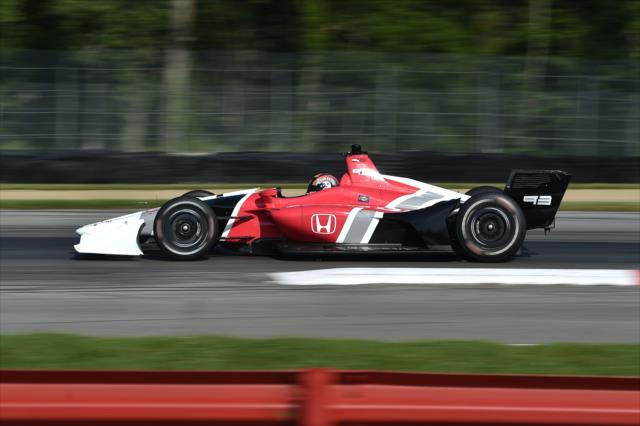 Servia, a veteran of 202 Indy car starts since 2000, agreed. With the downforce level of the 2018 car about one-third less than the current car, it makes driver input a greater part of the equation for car control. Fans in the stands and watching on TV will notice how much more effort is required inside the cockpit.

“It’s harder to see the driver work when you have a lot of downforce (on the current car),” said Servia, the 2005 Champ Car World Series runner-up who made three Verizon IndyCar Series starts this season with Rahal Letterman Lanigan Racing. “When you have a little less (downforce) and the cars move around, at least the fans can see that we’re doing something. Good or bad, we are doing something. I think it’s going to be more fun for the fans and for us.”

The test day agenda consisted of short individual runs by each driver to check that all working parts were in order and to confirm proper cooling of internal areas. Then it was on to full-stint runs. 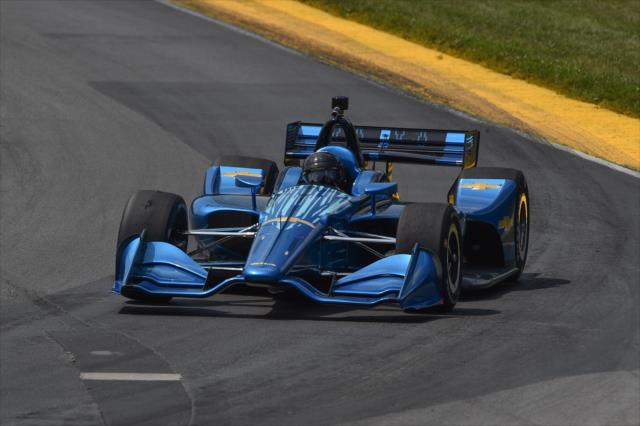 The day was capped off by the first run of the two cars together, with Montoya leading Servia for five laps and then the two swapping positions. With more downforce generated from underneath the new car than from wings and additional aero pieces on top, it creates less turbulence for trailing cars, which should lead to more passing opportunities.

Each driver turned more than 100 laps and both were pleased with their ability to run behind the other.

“It was great, honestly,” Servia said. “I’m not just saying it because it’s what we wanted. It really was a lot better than this year’s car.

“Even at Detroit, where the speeds are a lot less, which was my last race I did (in June), you couldn’t get close to anyone even in the slow corners because there was so much downforce,” he added. “Here, of course there was downforce, but it stays very balanced. This year’s car, the rear gets loose. And the new car, you lose a little bit of front, but not much. I was surprised. I think it’s honestly very positive. 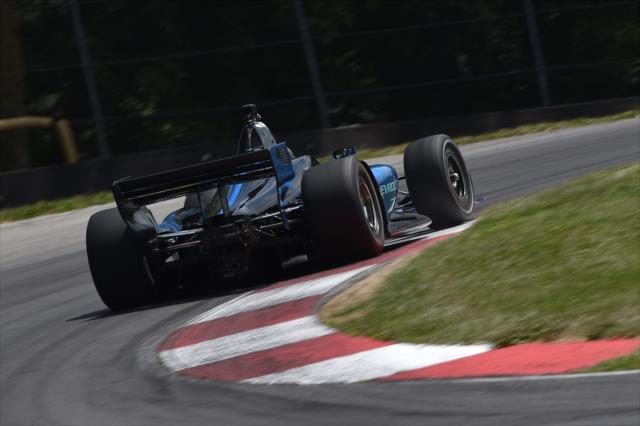 Today’s test was the second of four scheduled and run by INDYCAR. Upcoming tests are slated for Iowa Speedway (Aug. 10) and Sebring International Raceway (Sept. 26). For the second straight week, Bill Pappas, INDYCAR vice president of competition/race engineering, was pleased with the test outcome.

“We went through our test list and checked off the boxes we wanted to,” Pappas said. “Both drivers felt the car was different but comfortable. We went through tires for Firestone and got the reads on those, and Firestone is happy with that.

“And we ran the cars together at the end, which I think was the most important thing, and both drivers commented that the car was very stable behind the car in front of them. We’re very pleased with the results.”

The 2017 Verizon IndyCar Series season continues with the ABC Supply 500 at Pocono Raceway on Aug. 20 (2 p.m. ET, NBCSN and Advance Auto Parts INDYCAR Radio Network). It is the 14th of 17 races in a hotly-contested season that sees the top four drivers in the championship – led by Team Penske’s Josef Newgarden – separated by just 17 points.