Red Bull and McLaren have both taken full advantage of Pirelli’s decision to take the ultra-soft Formula 1 tire to Spa for the first time, stacking up on the compound for the Belgian Grand Prix.

Pirelli released each driver’s tire picks for the race on Thursday, having previously announced that it would be supplying teams with the soft, super-soft and ultra-soft compounds for the race in Belgium.

McLaren and Red Bull both opted to go aggressive, their drivers electing to take nine sets of the ultra-soft compound to Spa, skimping out on the soft tire as a result.

F1 title contenders Sebastian Vettel and Lewis Hamilton have gone for a more conservative approach, the latter opting for the joint-safest selection in the field with four sets of softs, three super-softs and six ultra-softs.

As usual, drivers will be required to complete Q3 on the ultra-soft tire and save one set of both the soft and ultra-softs for the race, using either tire once. 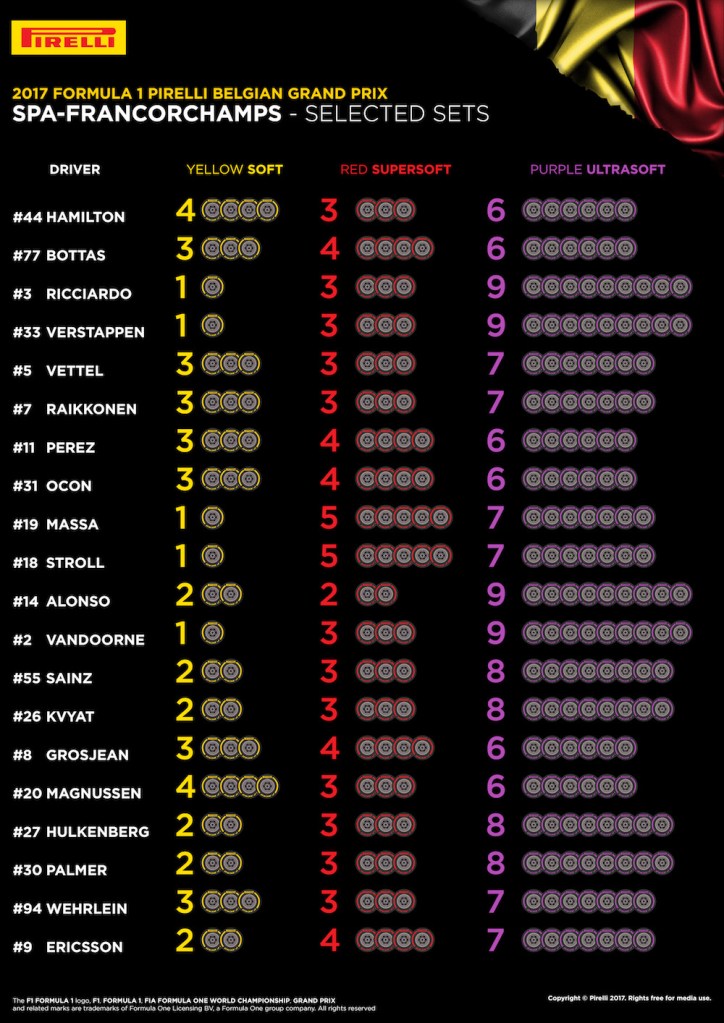