The driver of the No. 2 PPG Automotive Refinish Team Penske Chevrolet lapped the 1.25-mile Gateway Motorsports Park at 24.446 seconds, 184.079 mph.

Unlike the other two sessions, this one wasn’t a Team Penske 1-4 sweep, but close. Will Power, the polesitter, was third with Helio Castroneves fourth. Simon Pagenaud was 13th.

Ed Carpenter, in the No. 20 Fuzzy’s Vodka Chevrolet, is best on the grid among those not driving for Team Penske in fifth and was second in this session.

There was a lot of passing this session, more than normal, which bodes well for Saturday’s race – which needs to be an important showcase for the series upon its return to the greater St. Louis metro area oval for the first time in 14 years, since 2003.

Live coverage for this race begins at 9 p.m. ET on NBCSN; a re-air of tonight’s qualifying session, which aired live on the NBC Sports App, will occur at 7:30 p.m. ET on NBCSN.

Times for this session, interrupted only by two minor yellow flags (debris and a track inspection), are below. 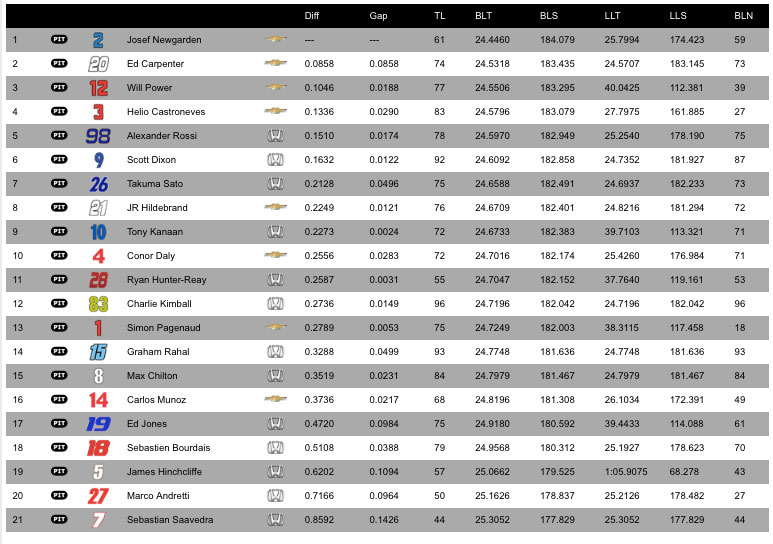