Honda retained the strong form on display during Friday practice. The Andretti Autosport duo of Alexander Rossi and Ryan Hunter-Reay were second and third, with Team Penske’s Helio Castroneves fourth, the only Chevrolet in the top five. Dale Coyne Racing’s Sebastien Bourdais was fifth, putting four Hondas inside the top five ahead of Saturday afternoon qualifying.

Other notables include Team Penske’s Josef Newgarden in eighth, Simon Pagenaud in ninth, and Will Power in 16th.

The session ran without interruption, although Sebastien Bourdais did have a quick spin entering Turn 8 as the checkered flag came out. However, he slid harmlessly into the runoff area and did not incur any contact. 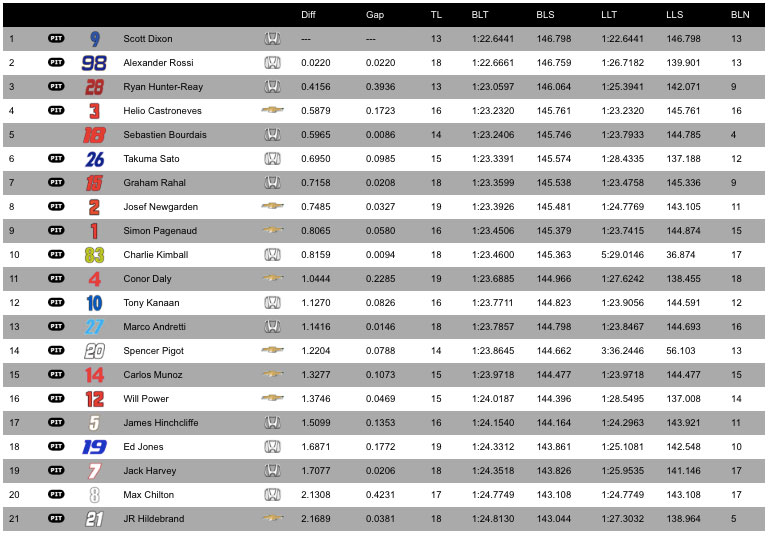