WATKINS GLEN, N.Y. – A combination of mist, rainfall, and cold temperatures greeted the Verizon IndyCar Series drivers as they ventured onto Watkins Glen International for their morning warm-up, and all drivers made use of the Firestone wet weather tires.

In the end, it was Sebastien Bourdais who led the way with a best lap of 1:45.9510, more than 20 seconds slower than the pole-sitting time from Alexander Rossi (1:22.4639), evidence of the slippery conditions on the track.

Cold and damp conditions persisted throughout the 30-minute session, making things very treacherous for all drivers.

Yeah, in case you're wondering, it's a cold one down here this morning… #INDYCARGP pic.twitter.com/rjIwNUDDuN

The aforementioned Rossi was one of several to demonstrate as much, in his case sliding his way through the bus stop.

However, the session was completed without incident.

Times are below. Coverage of Sunday’s INDYCAR Grand Prix at The Glen begins at 1:00 p.m. ET on NBCSN, with the green flag scheduled for 1:40 p.m. ET. 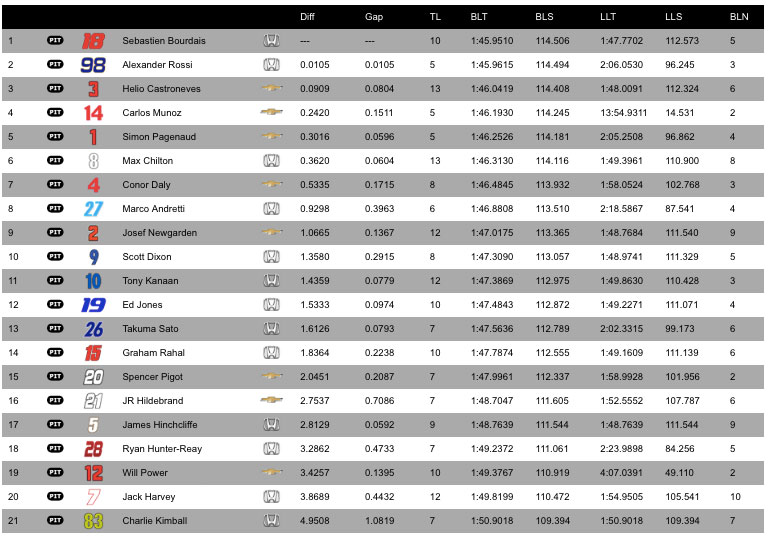