Team Penske will have an extra day of data and running in its pocket going into next week’s GoPro Grand Prix of Sonoma (Sunday, Sept. 17, 6:30 p.m. ET, NBCSN), following today’s test at Sonoma Raceway.

The release from the track is below.

This marks a particularly important test session for the Team Penske drivers, as all four are in championship contention. Newgarden (560 points) leads the point standings by a slim three points ahead of Chip Ganassi Racing’s Scott Dixon with teammates Castroneves (538), defending series champion Pagenaud (526) and 2014 series champion Power (492) also within reach of the championship.

“We’re in a good position with the points lead, but it’s not anything secure,” said Newgarden. “We’ve got to have a good weekend here and I think having a test day like today is always helpful. What we learned today we want to apply to the race weekend. Team Penske has always been strong here, so we’ve got to execute on that.” 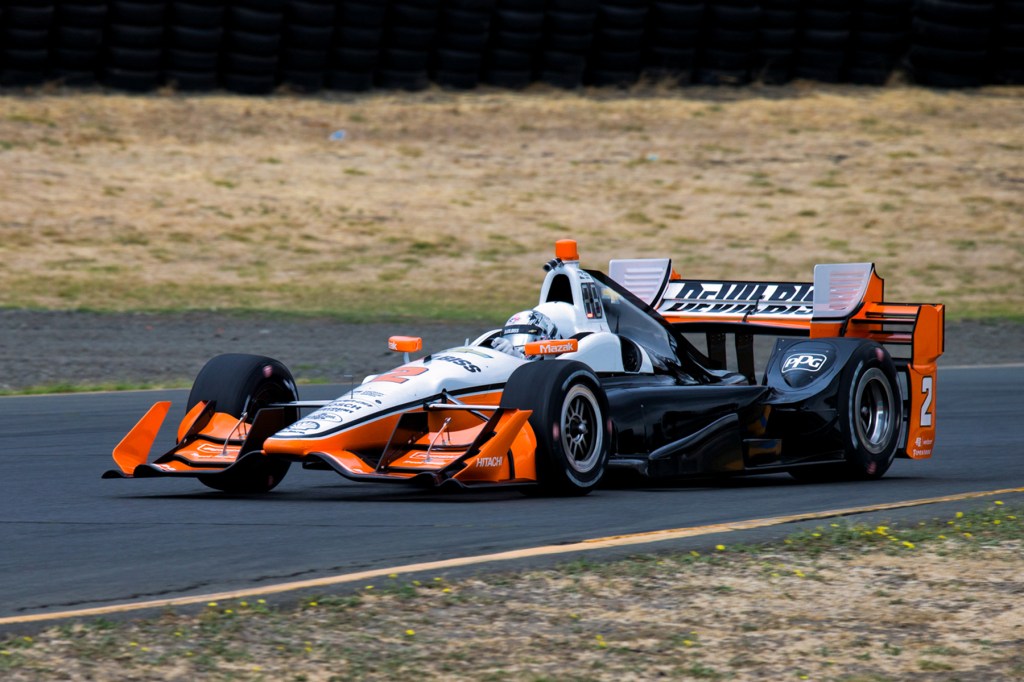 Despite wet conditions on Thursday morning, the drivers were able to get on track at noon and complete approximately five hours of testing throughout the afternoon.

“It was a little bit misty this morning and a little bit cooler, so we didn’t start right away, but at the end of the day the entire Team Penske got a little taste of what it’s going to be like next week and were able to try some interesting things,” said 2008 Sonoma race winner Castroneves. “So, right now, we feel more prepared than ever, but things can always change.”

Double points will be awarded for the season finale, which will mark the 12th consecutive year the IndyCar Series championship has been decided in the final race. With a win, the 26-year-old Tennessean Newgarden would celebrate a first championship in his inaugural year driving for Hall of Fame owner Roger Penske, but that will be no small feat, as the four drivers trailing him each boast at least one win in wine country.

“You can only control so much within the championship,” said Newgarden, who has posted a best finish of sixth in Sonoma. “The only thing we can really do is try to focus on winning the race and do the best job we can with that. If we win the race, we win the championship and for us that’s the best thing, that we control our own destiny.”