SONOMA, Calif. – Simon Pagenaud was fastest during Thursday’s six hours of testing for the Verizon IndyCar Series’ GoPro Grand Prix of Sonoma, as Team Penske set the pace on a day where finding grip and managing limited sets of tires were a pair of difficult tasks.

Pagenaud’s best time of 1:16.6511 around the 2.385-mile Sonoma Raceway track was about four tenths of a second off his pole time from last year.

All the best times were set in the second four-hour session, after there was only limited running in the first two hour session.

Sebastien Bourdais and Alexander Rossi were the two best Honda drivers behind the Penske trio of Pagenaud, Helio Castroneves and Will Power.

Takuma Sato had a heavy accident in his No. 26 Honda for Andretti Autosport at Turn 6, which brought out one of several red flags. He was OK, but his car was not with heavy left rear damage.

Combined times are below. 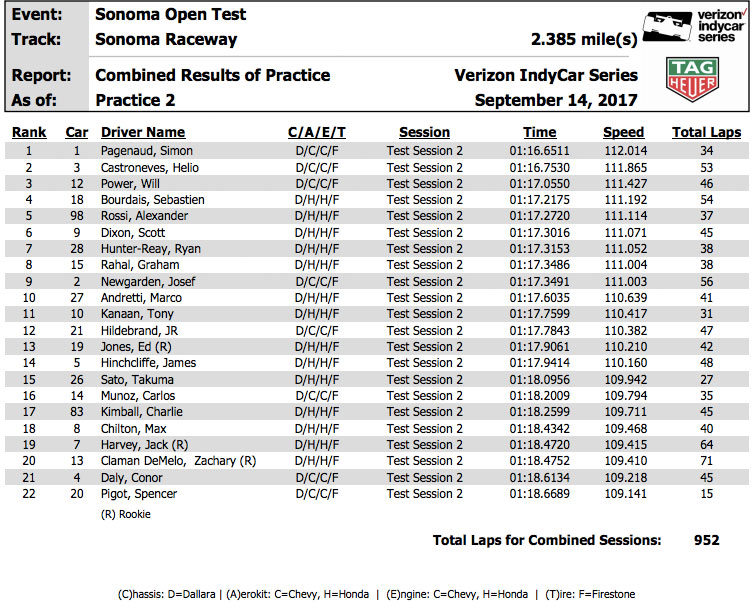