SONOMA, Calif. – Josef Newgarden topped the charts in the opening 45-minute practice for the GoPro Grand Prix of Sonoma (Sunday, 6:30 p.m. ET, NBCSN), in the first official session of the weekend.

The driver of the No. 2 hum by Verizon Team Penske Chevrolet posted a best official time of 1:16.395 around the 2.385-mile road course – only about a tenth off of Simon Pagenaud’s last year pole time.

Teammates Will Power and Simon Pagenaud were second and third, with Alexander Rossi, Sebastien Bourdais and Scott Dixon next. Helio Castroneves was eighth.

There were no red flags in the session. A number of cars ran off course but there were no major incidents.

First practice times are below. 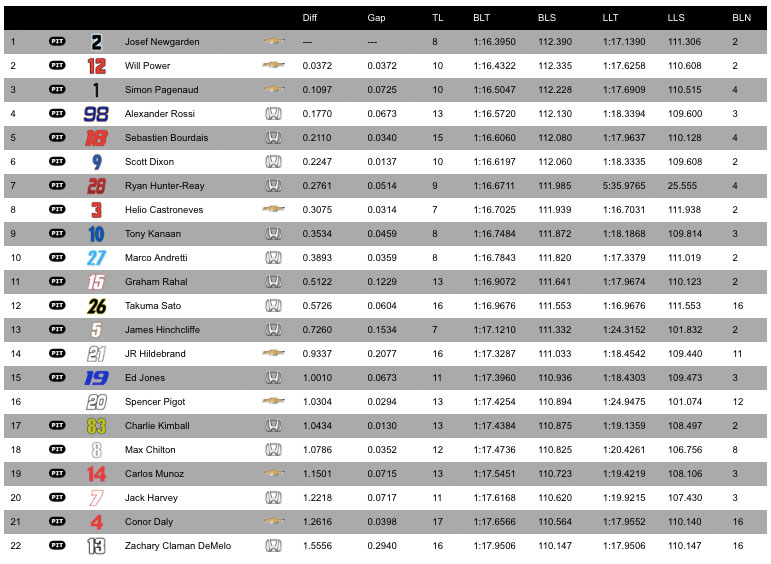